"The Unnamable" is a dead teenager flick loosely based on an H.P. Lovecraft short story. 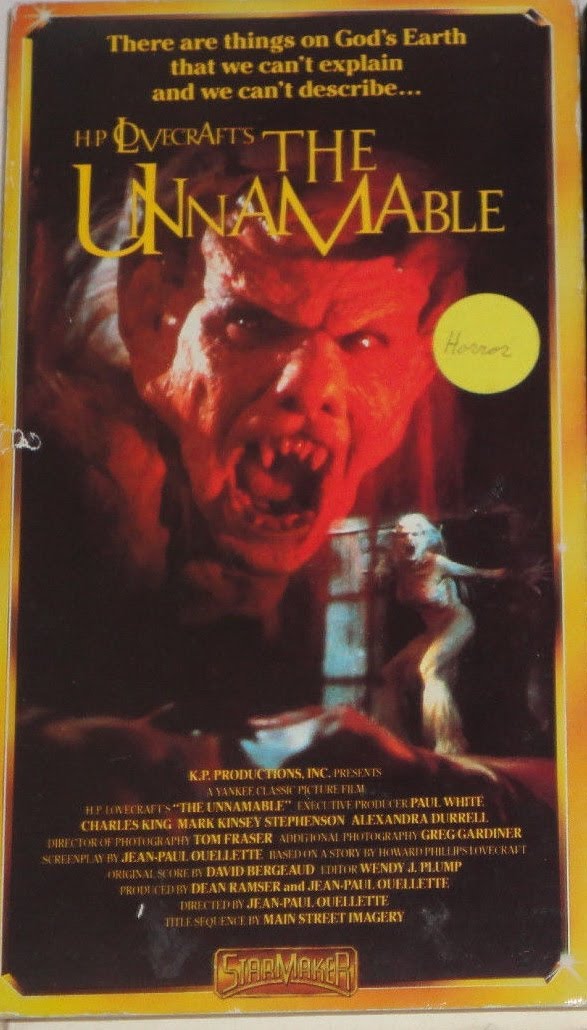 THE PLOT: In the 1800's, a lady gives birth to a hideous monster too ugly to name. After slaughtering her father, the unnamable monster is trapped in the attic of the old house. In present day, a group of college students from Miskatonic University decide to stay the night in the "supposedly" haunted house and come face to face with the grotesque creature known as "The Unnamable". 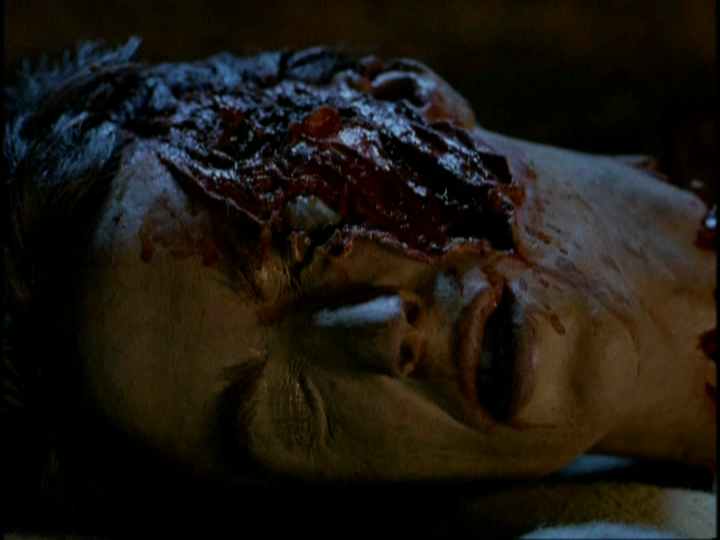 "The Unnamable" is a cheesy, low budget monster movie that features an impressive creature and some solid gore. Most of the film's budget went towards the creature's design and it shows. The monster is genuinely terrifying and helped the film get a cult following thanks to the creature being front and center on the VHS box cover. I remember renting this one as a youth based on the box cover alone. 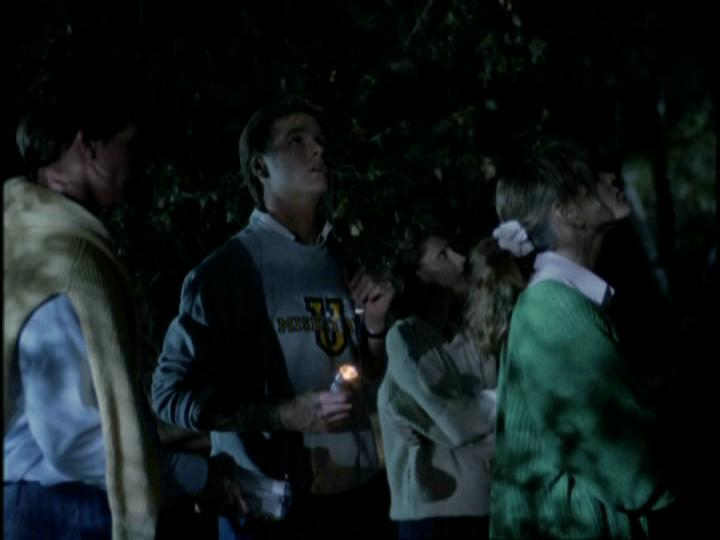 The biggest negative against the flick is the terrible acting. I know, no one watches these films for Academy Award worthy performances...but the cast of "The Unnamable" are inept and unanimously bad. Most actors seem to be reading there lines off queue cards and deliver them in a flat, emotionless tone. It's actually quite amusing...in a bad way. 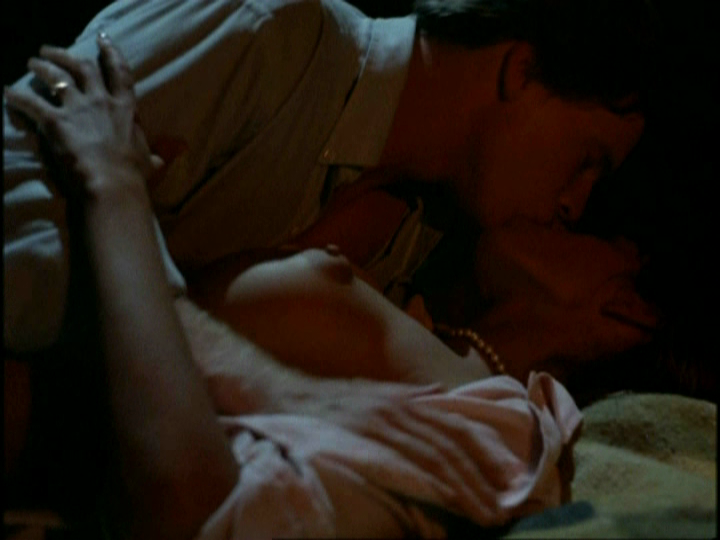 The director was wise to keep the monster in the shadow for most of the movie. It really builds up some much needed suspense and intrigue. And when you do finally see the unnamable, it doesn't disappoint. The gore in the film is pretty wet. There's severed heads, throats get ripped out, and a bashed in head. The bloodletting really makes up for the film's unoriginal plot and terrible acting. 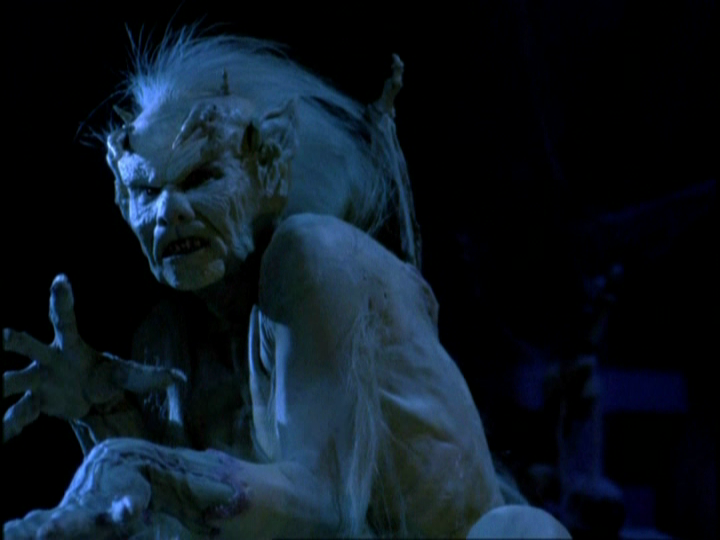 There's a little bit of T&A (the chick has super puffy nipples) and a somewhat lame ending involving tree branches attacking the monster ("Evil Dead"-esque). The film garnered a sequel in 1992 from the same director and featuring the same actor who portrays Randolph Carter (a Herbert West wannabe character). Overall, "The Unnamable" is a standard 80's monster movie with some gory highlights. A little too reminiscent of "Hell Night" and "Night of the Demons" for my taste. 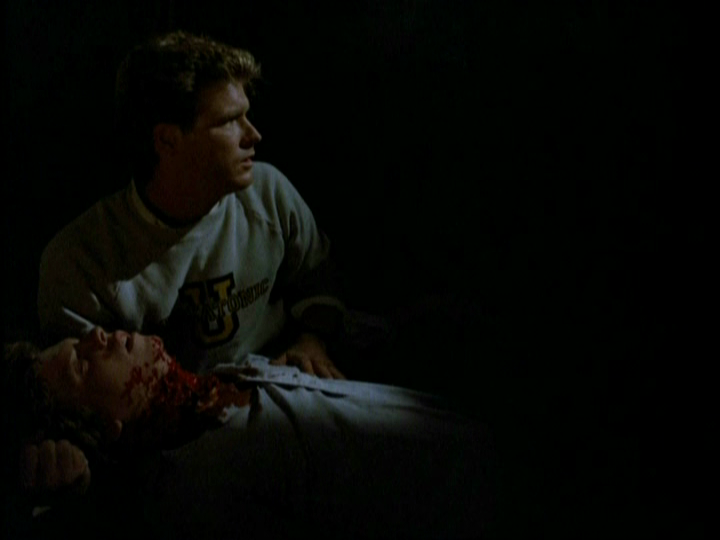 "The Unnamable" features a cheesy synth score, a severed head buzzkill, a cemetery ghost story, a heart being ripped out of chest, and a weird game of chase and rape. 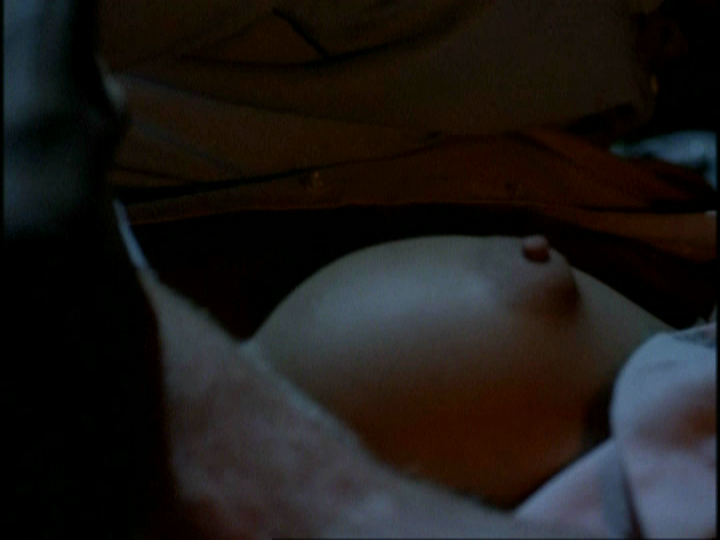 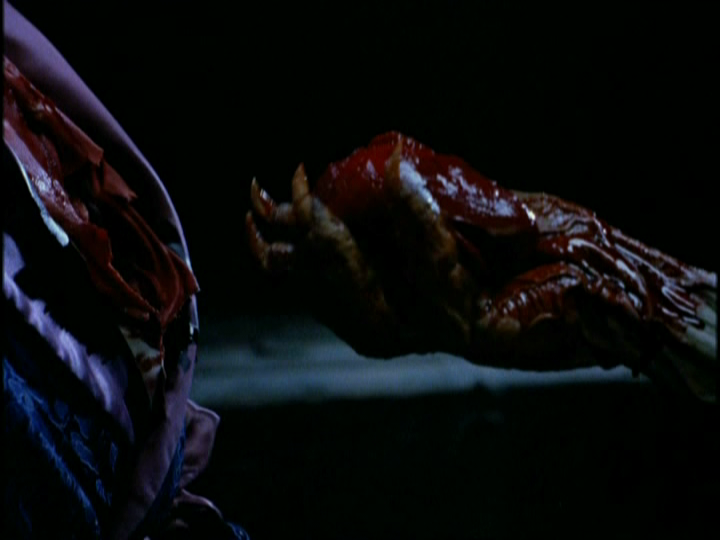