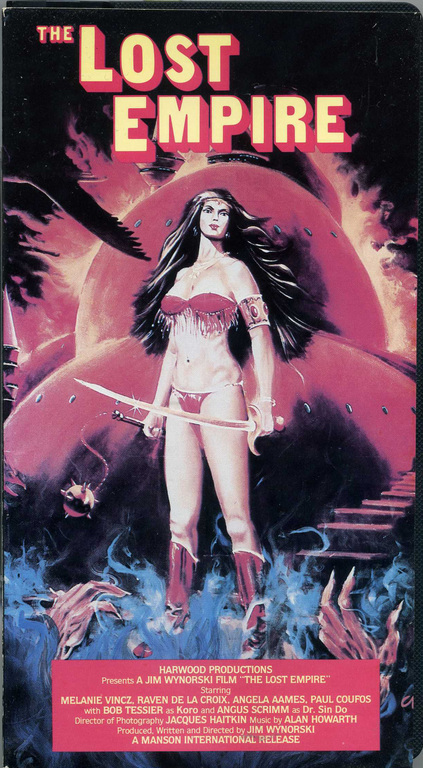 “The Lost Empire” is a 1980’s exploitation flick that combines action, sci-fi, martial arts, and horror into one big B-movie. Legendary hack director Jim Wynorski (Chopping Mall, Sorority House Massacre II) directs. This may not be an all out horror film…but I decided to review it anyways. 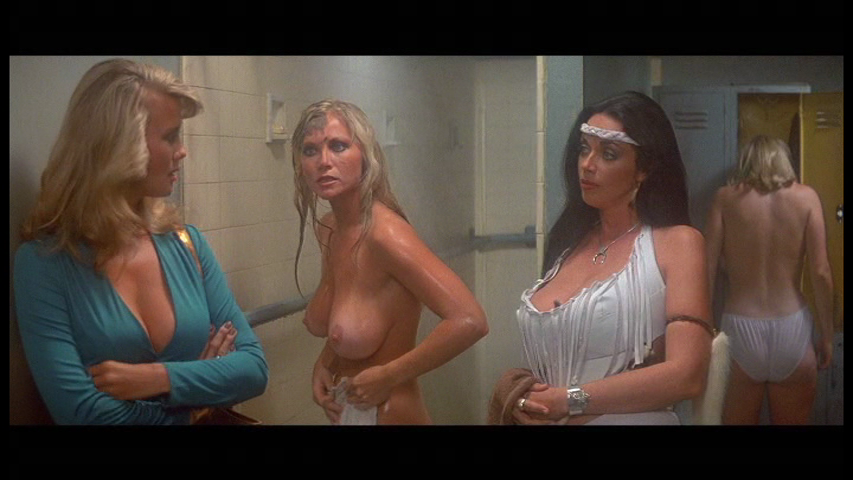 THE PLOT: In order to avenge her brother’s death by ninjas, Officer Angela Wolfe (Melanie Vincz) infiltrates a top secret martial arts competition being held by a mysterious man named Dr. Sin Do (Phantasm’s Angus Scrimm) on a secluded island. She teams up with a Native American spirit warrior (Raven De La Croix) and a busty ex-con (Angela Aames). But on the island, the three woman will encounter something far more terrifying than ninjas… 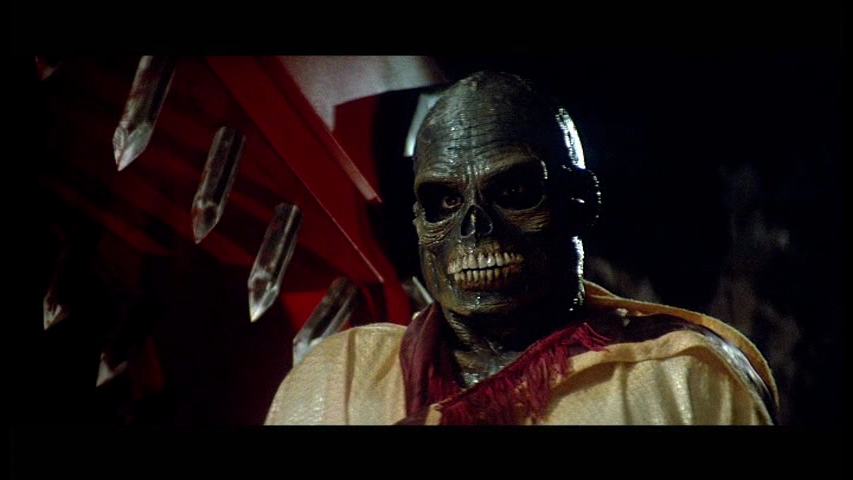 “The Lost Empire” is a silly, entertaining, and unintentionally hilarious B-movie. It’s a grab bag of all sorts of genres. There’s a Dirty Harry-type opening involving a motorcycle, a secret martial arts tournament on a secluded island, special jewels that hold the powers of the universe, prison fights and prison showers, and an evil sorcerer who has a super weapon that looks like a dick and balls. Director Wynorski put a lot of energy and dedication into the film and it shows. For a first time director, he showed a lot of promise…too bad he never got out of B-movies. 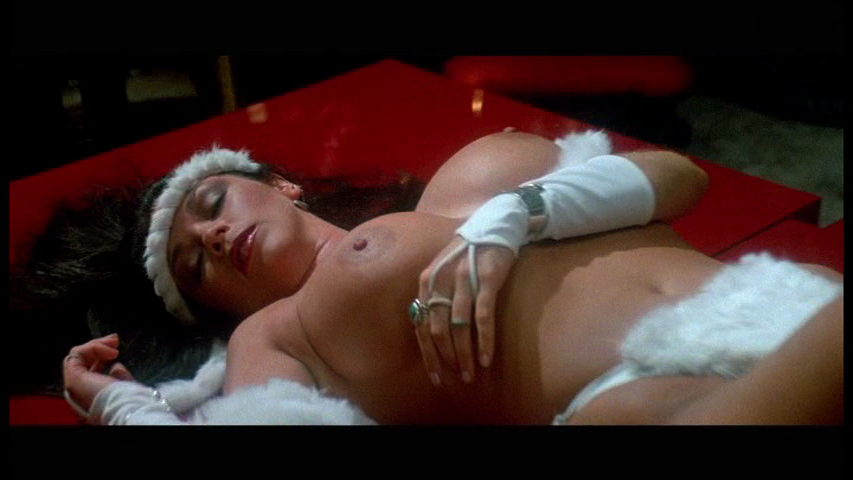 It’s no surprise exploitation flicks like “The Lost Empire” blew up video store shelves in the 80’s. They often featured hot babes on the box art, insane nudity, and cheesy sex scenes. “The Lost Empire” offers up a nice helping of the T&A but doesn’t feature a whole lot of sex. There is a weird snake sex dream though. Oh, and Angelique Pettyjohn (Biohazard) even shows up to reveal her freakish breasts during a prison fight. 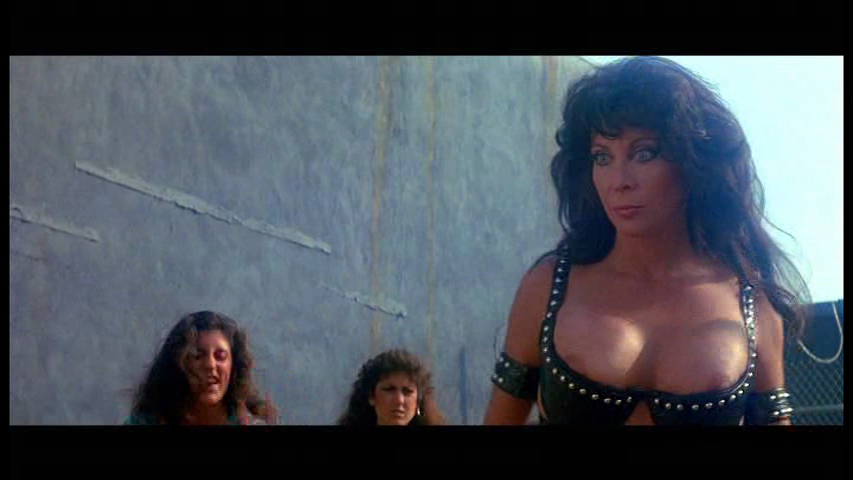 The acting is decent and Vincz turns in the best performance. The score by John Carpenter collaborator Alan Howarth is solid and the special effects are surprisingly good. On the negative side, Angus Scrimm doesn’t get enough screen time and the film falls apart in the last act. If you want to watch a fun B-movie with lots of big boobs than this is your flick. There’s worse ways to pass an hour and a half. Man, there are some big boobies in this movie! 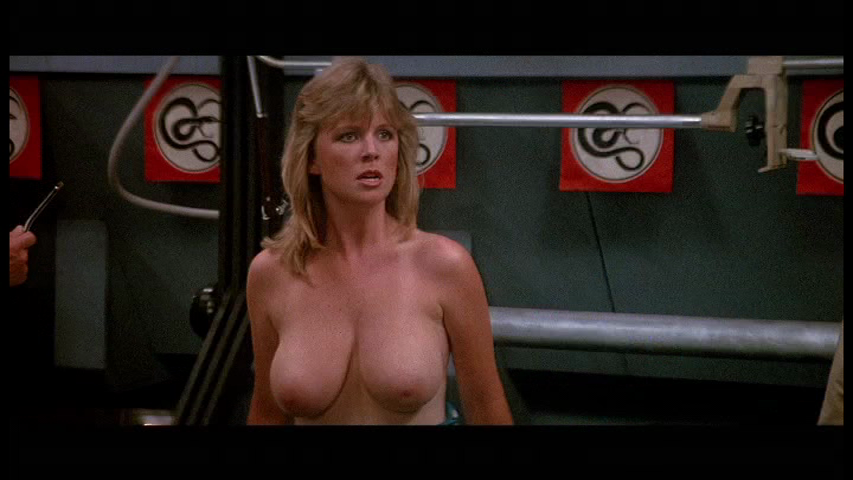 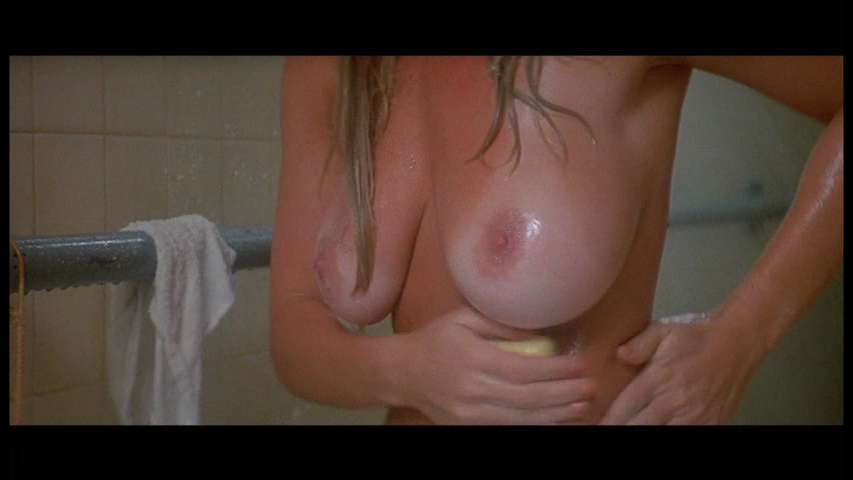 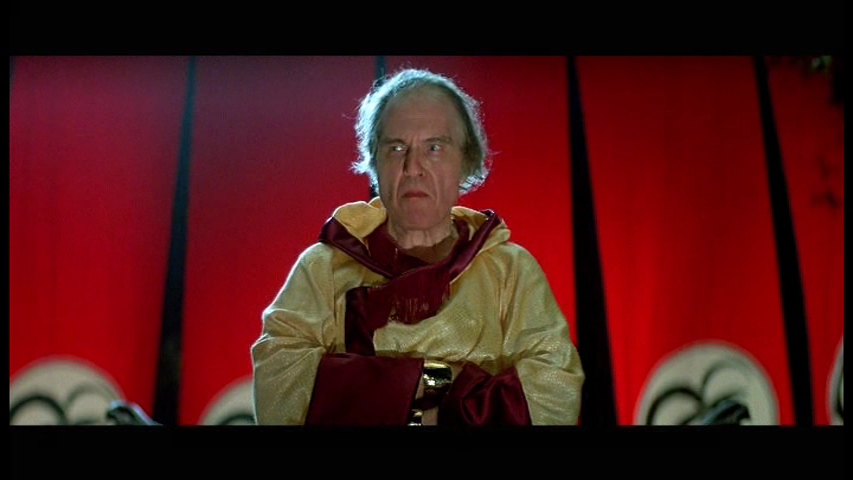 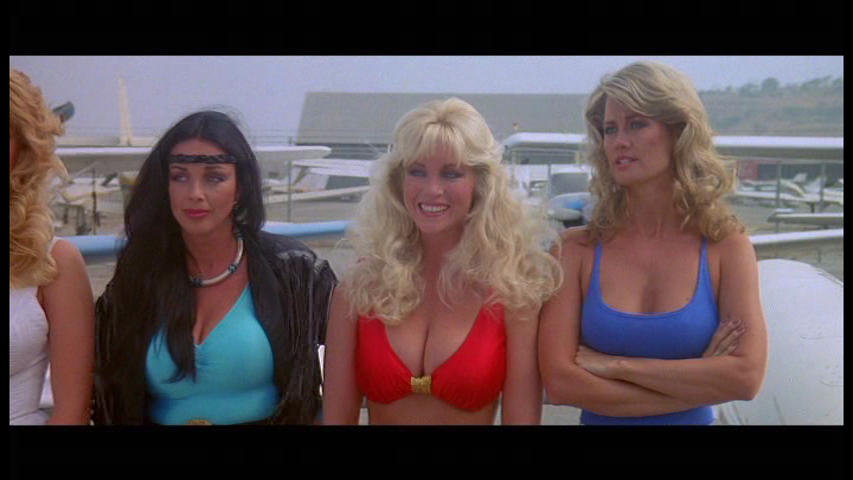 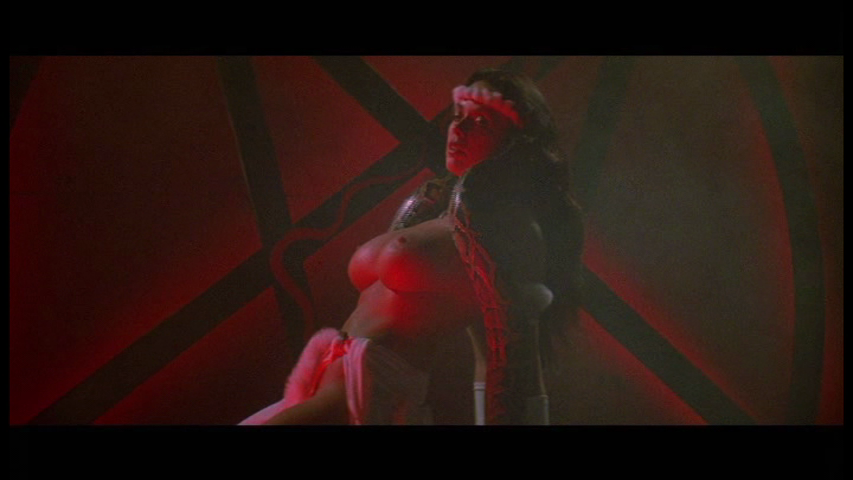