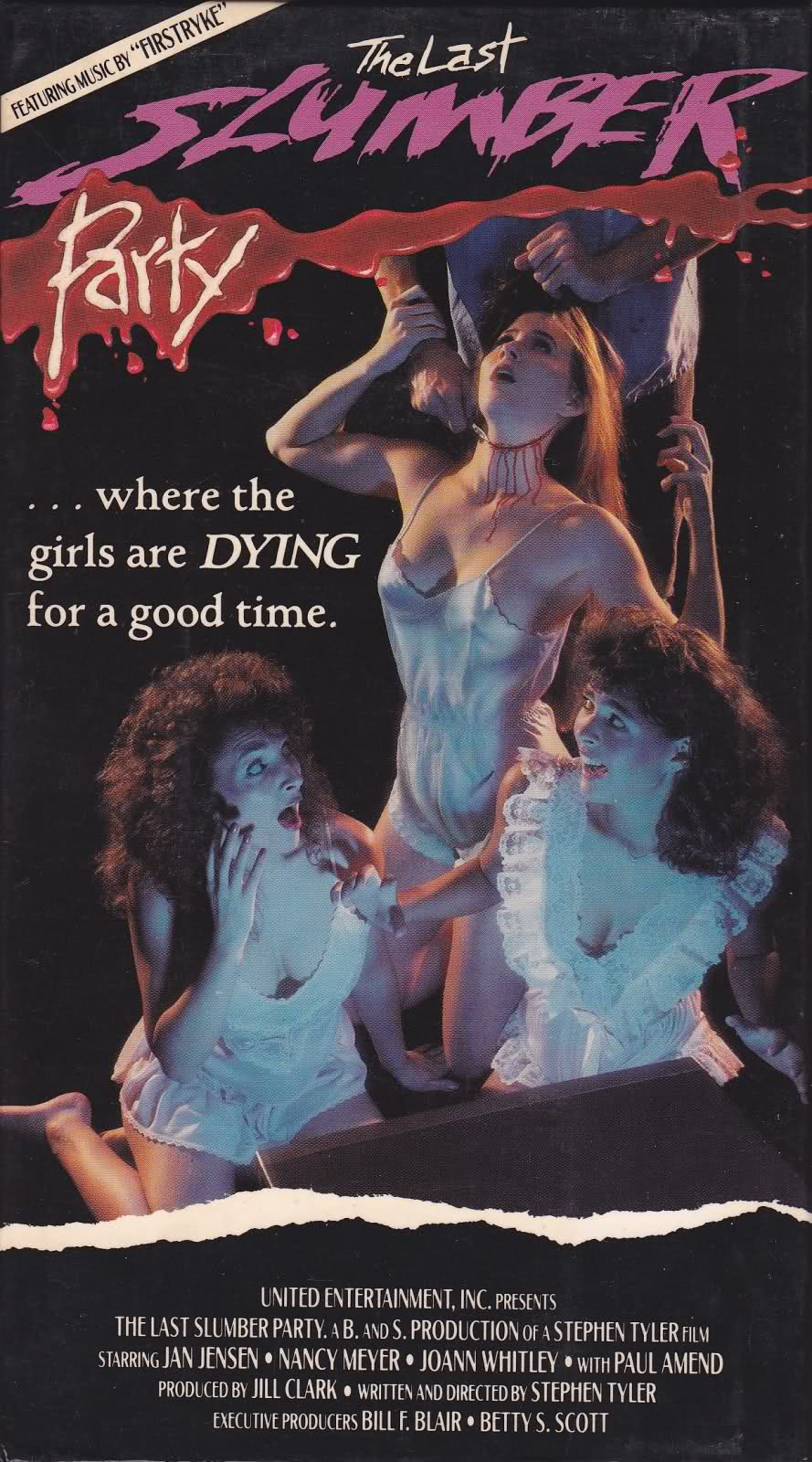 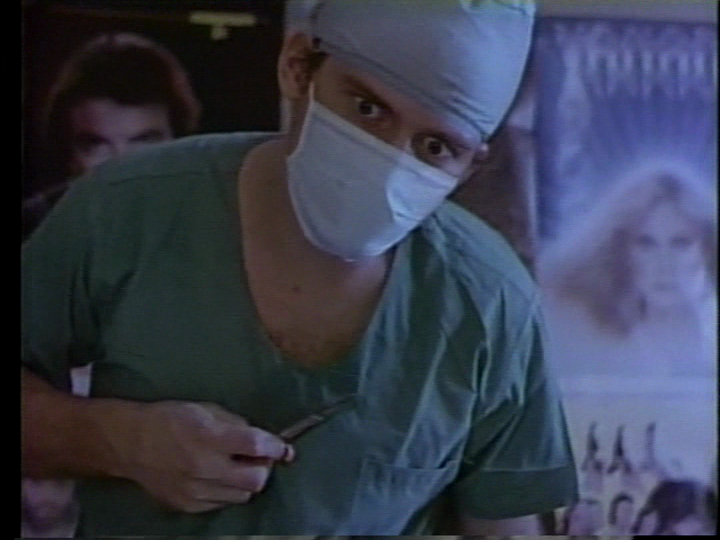 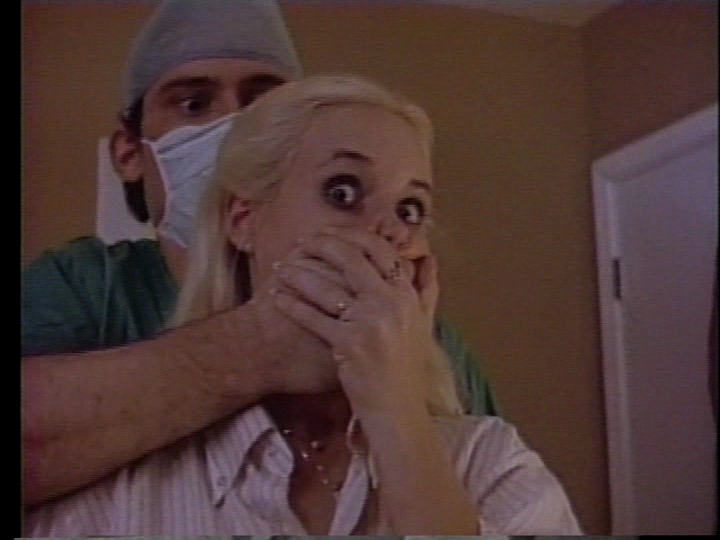 Wow…slumber parties were popular with psycho killers in the 80’s. “The Last Slumber Party” is a Halloween rip-off (complete with characters that speak in valley girl talk) that offers little bloodshed, terrible editing, and horrible cinematography. Sure, “The Last Slumber Party” features a few ‘so-bad-it’s-good’ characteristics like the amateur acting, ridiculous dialogue, and insane metal soundtrack …but the film is a real bore and a chore to get through. The film clocks in at 72 minutes and you will loathe every minute of it. The film also features some of the stupidest characters I’ve ever seen in a slasher film. 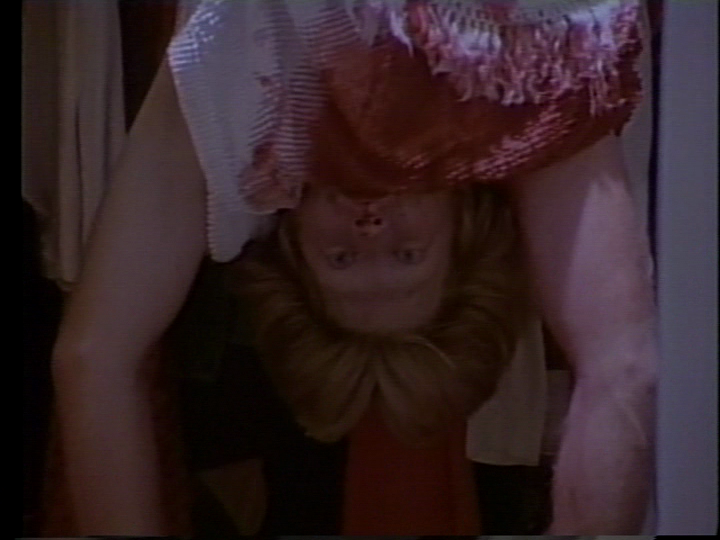 The ultimate horror movie sin, in my opinion, is also committed in this atrocious slasher. Not all horror films need nudity or sex to be effective, scary, or classic…but to have a shower scene with no nudity is a damn slap in the horror movie viewer’s face! In fact, “The Last Slumber Party” features no nudity at all. 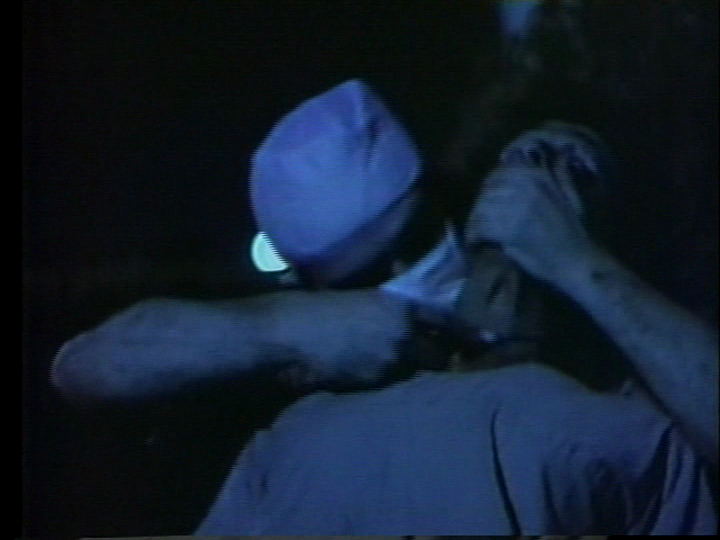 There are a few WTF moments in the film. Like what’s with all the girls being so homophobic towards the males in “The Last Slumber Party”? The girls belittle the guys calling them “faggots” and “homos”…one chick even tells a guy he has a fat ass (?)! And the final girl looks like a 35-year old druggie…“The Last Slumber Party” has, in my opinion, the oldest looking high school students ever put to celluloid. And the film proves a very important theory to be true…chicks love an asshole. During a great exchange of dialogue one girl admits to liking a guy because he’s a jerk. See, nice guys finish last. 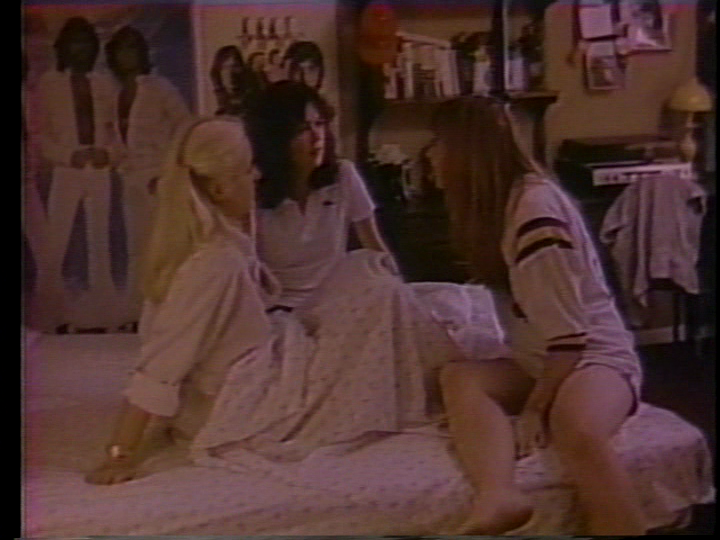 I perked up a little when the final girl mentioned to the other two that they should go “munch out”. I was hoping for a nice exploitation lesbian scene to maybe add a little zeal to the proceedings…unfortunately they were just talking about snacking. 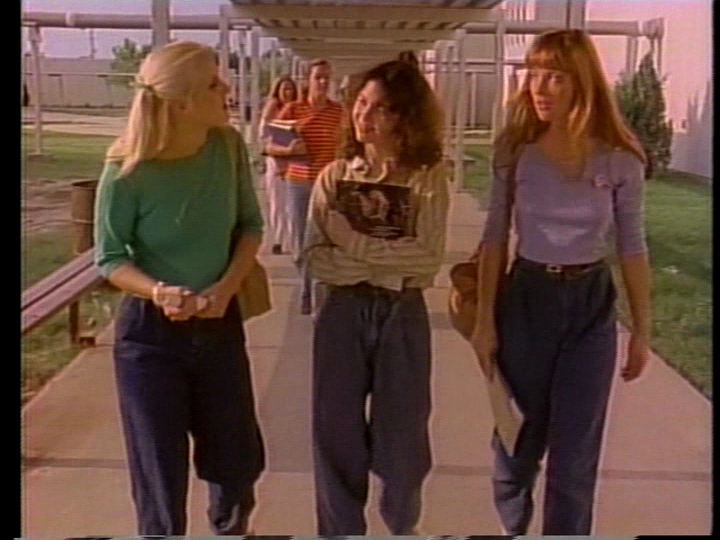 “The Last Slumber Party” is a forgotten slasher that deserves to remain forgotten. Besides a cool soundtrack by a band called Firstrike, the film offers little to horror fans. As much as I love hearing funny 80’s lines about “drinking brews”, “whacking it”, and “holding meat”, I wouldn’t recommend this film to anyone. Some sick bastards at VCI Entertainment put this on a double feature with the equally retarded “Terror at Tenkiller”…talk about a deadly duo. Watching these back-to-back may turn  you into a homicidal maniac out of anger. 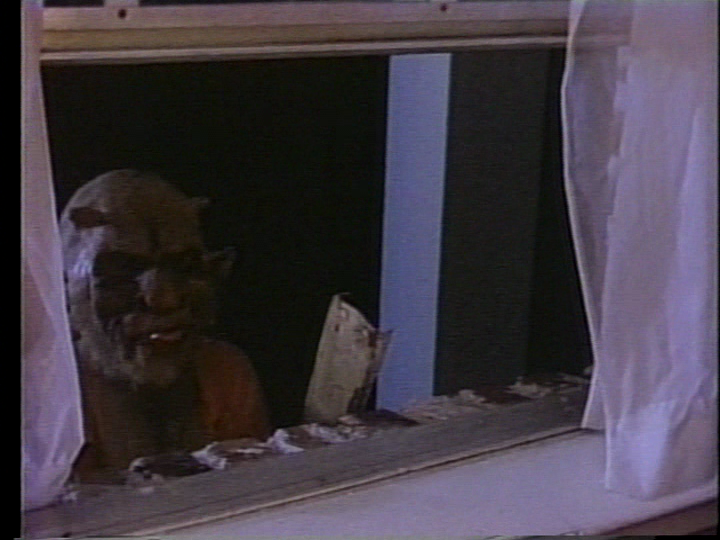