It's been several months since I've uploaded a review...I think all the shitty 80's horror movies were starting to take their toll on me. But I'm back and I have another terrible and forgotten movie to review. 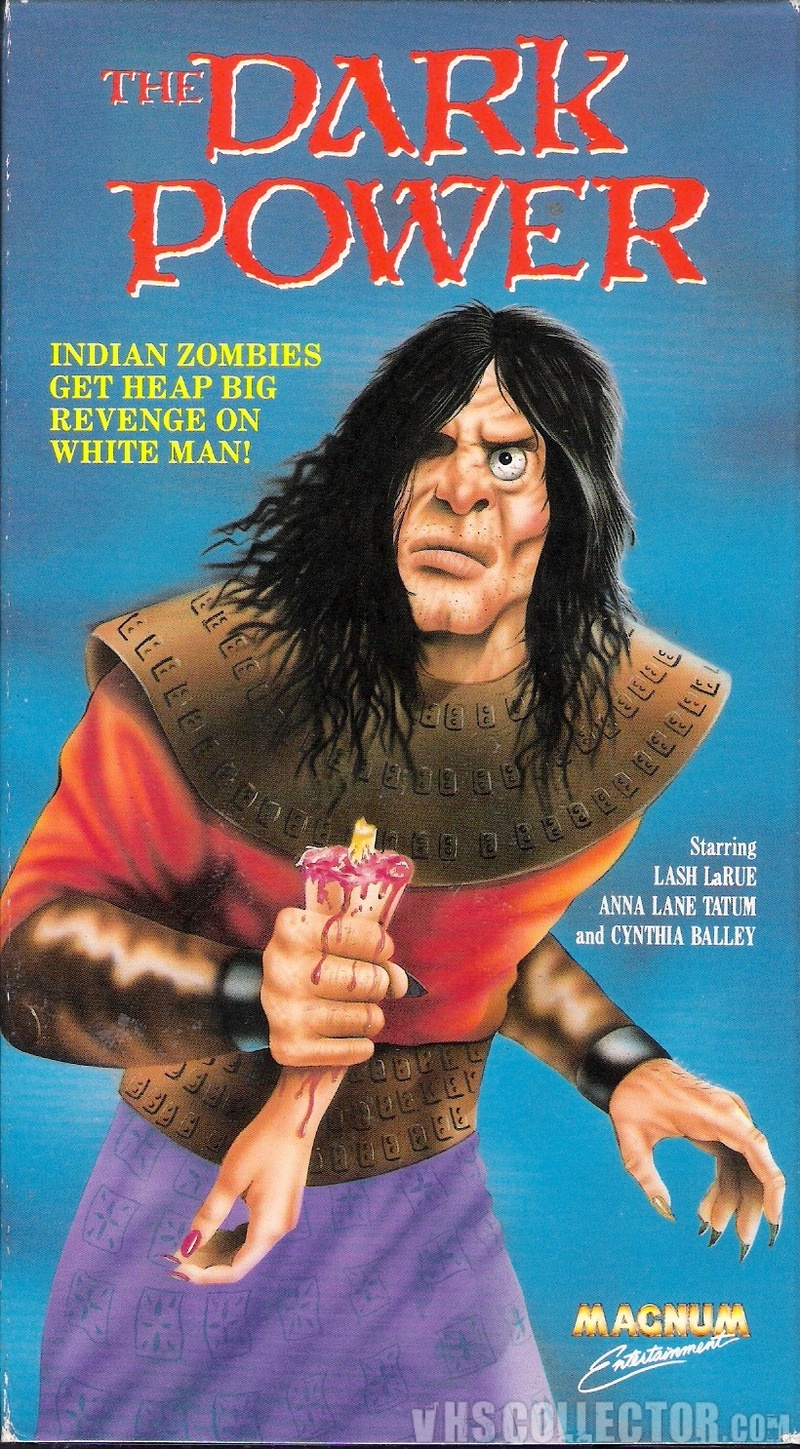 The Plot: A group of Toltec zombies (sorcerers who buried themselves alive and feed on the living to sustain their evil) attack a group of sorority sisters and dumb dudes. Only an old time ranger with a bullwhip can save the day... 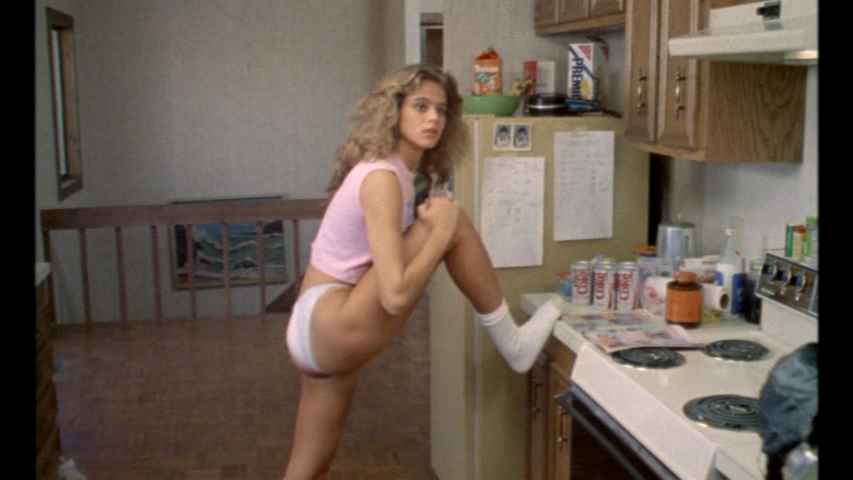 "The Dark Power" has a slow start...the first half is dragged out with inept dialogue, mystic mumbo jumbo, and no real horror to speak of. But the film picks up once the Toltec zombies show up and "The Dark Power" turns into an amusingly silly, albeit dumb, horror film. The teenage cast is horrendous but I will say this, Susie Martin is a hot. It doesn't hurt the film that she spends most her screen time walking around half naked. Old time Western actor Lash La Rue has some pretty epic moments. He whips the shit out of some stray dogs, trash talks to the zombies ("Feel my whip you sonofabitch!"), has a "whip-off", and even decapitates a zombie with his whip! 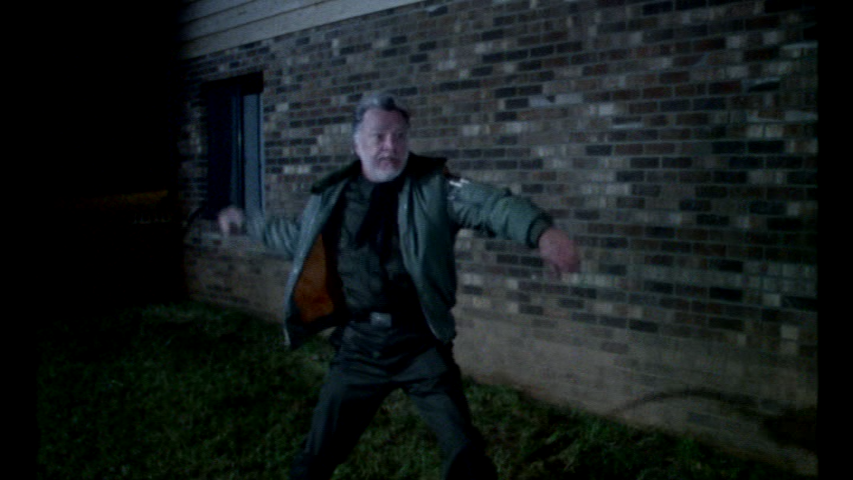 The zombies in "The Dark Power" look like Neon Maniac rejects. ["Neon Maniacs"...another bad "zombie" movie]. The zombies also use weapons to kill their victims similar to "Neon Maniacs". The special effects aren't well done and zombie makeup/costumes are cheap and unconvincing. But the film does feature one epic over-kill where a dude gets his arm ripped off, his face peeled back, and his skull squished into a bloody pulp! It's the highlight of the movie. 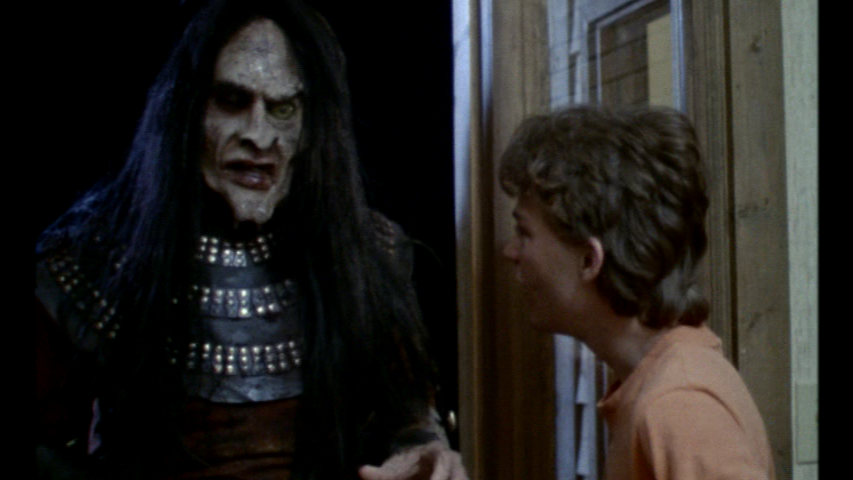 Director Phil Smoot also directed the low budget oddity "Alien Outlaw". Smoot doesn't do too much creatively with the camera or the story and probably should have edited the first half of the film down. But he does make good use of washed up actor La Rue, who is the star of the film and deservedly so. "The Dark Power" is a cheesy zombie movie with stupid characters, a lot of ass "whipping", and one badass over-kill. Check it out if you like "Neon Maniacs" or are a La Rue fan. 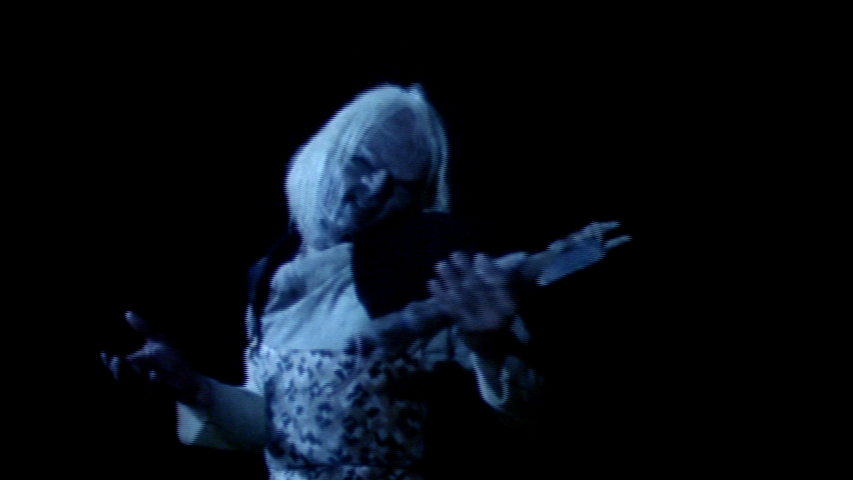 "The  Dark Power" features chicks working out, a peeping tom, flatulence jokes, a Mr. Pipp can as a weapon, death by drowning, a tomahawk ninja zombie, and one of the most overtly racist character I've ever seen in an 80's horror movie! 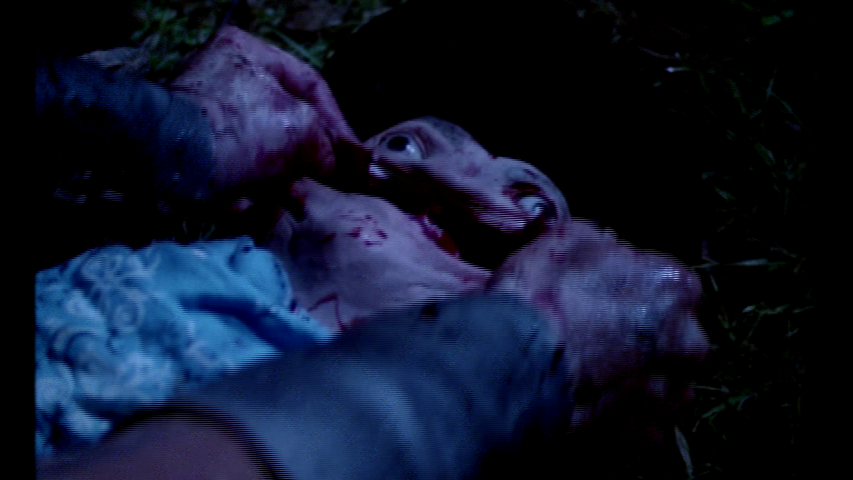 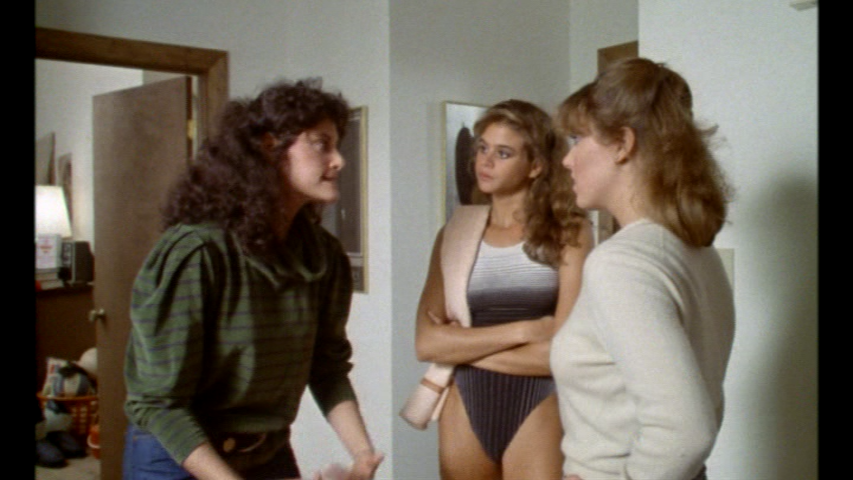 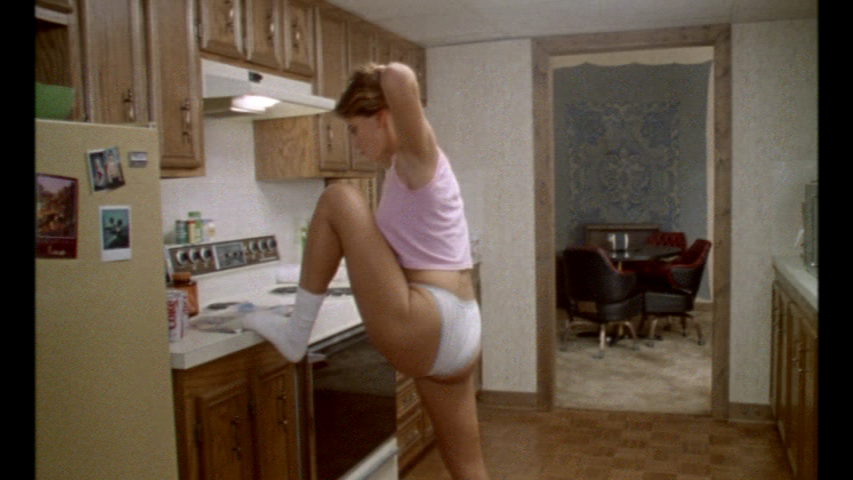