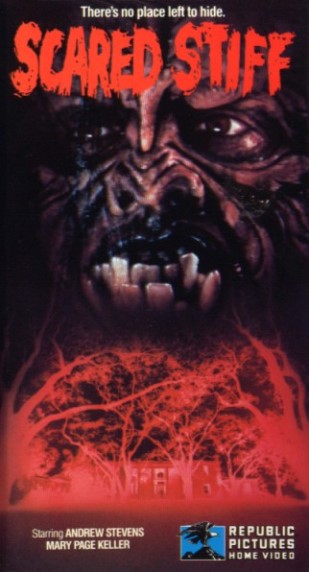 PLOT: A pop singer (with mental issues), her son, and her psychiatrist boyfriend move into  a plantation once owned by a cruel and evil slave master. Strange visions begin to plague the pop singer and her son, while the boyfriend is slowly possessed by the slave master's ghost. With mysterious deaths in the house and the discovery of corpses in the attic, will the three survive the wraith of the past or be scared stiff? 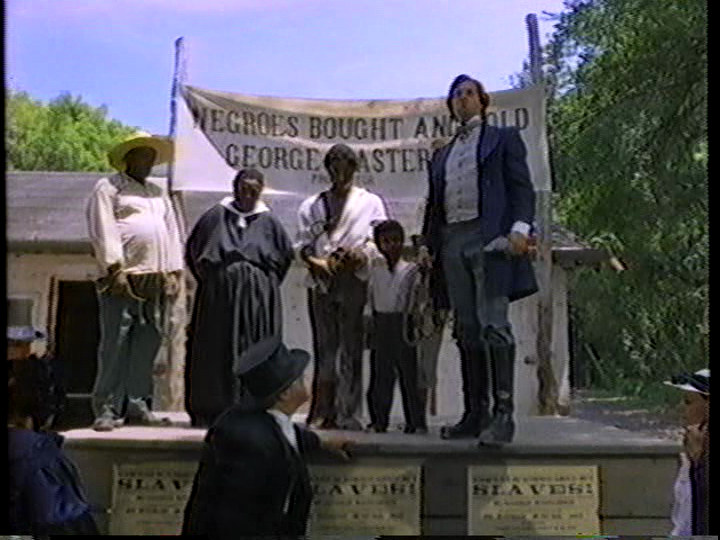 "Scared Stiff" starts off with an impressive opening set in the mid-1800's with great costumes and period detail, a voodoo ritual, and a Quasimodo sidekick. But after the compelling prologue the film settles into a typical 80's possession/haunted house movie featuring little gore, no nudity, cheesy special effects, and evil pigeons. Most of the film consists of Mary Page Keller having nightmares and seeing apparitions. It's a boring, cliché affair...but then in the last 20 minutes the film goes nuts. It's a surreal climax that has Keller and her son entering a rubber reality world. In the finale there's a laser light show, a full on body melt, a Native American lamp that grows and comes to life, a voodoo spear chuck that travels across space and time, and a  mental patient who unzips his forehead to reveal his brain! But the film's insanely entertaining climax doesn't make up for 70 minutes of boredom and cheese. 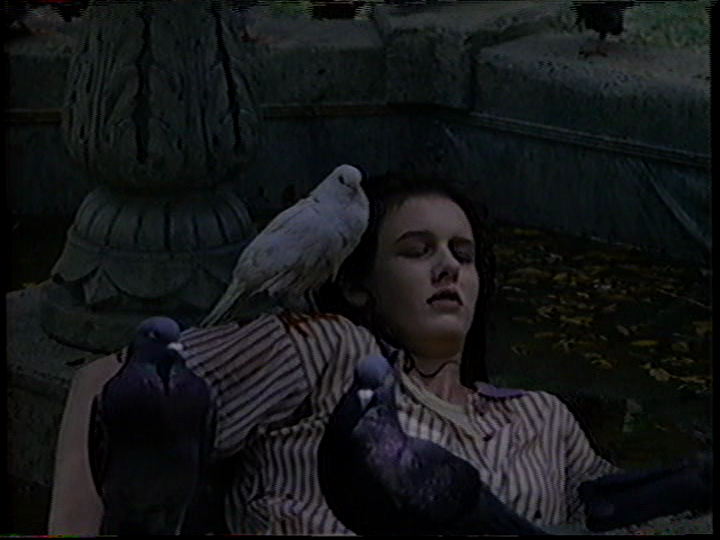 One of the more amusing bits in "Scared Stiff" features a kind handy man who gets hung by a rope from the family's roof when he becomes distracted by "evil" pigeons. Through out the course of the film, no one seem to notice him hanging on the side of the house...even after police arrive early on to examine corpses found in the attic. He just hangs from the roof for days until his bloated corpse crashes through a window during the film's finale. There's also a scene where the son tells his mom his window stinks and it cuts to his rotting corpse hanging less than a foot away from the window. It's silly, unbelievable, and ridiculous. This one bit sums of  the film's lack of logic and believability. 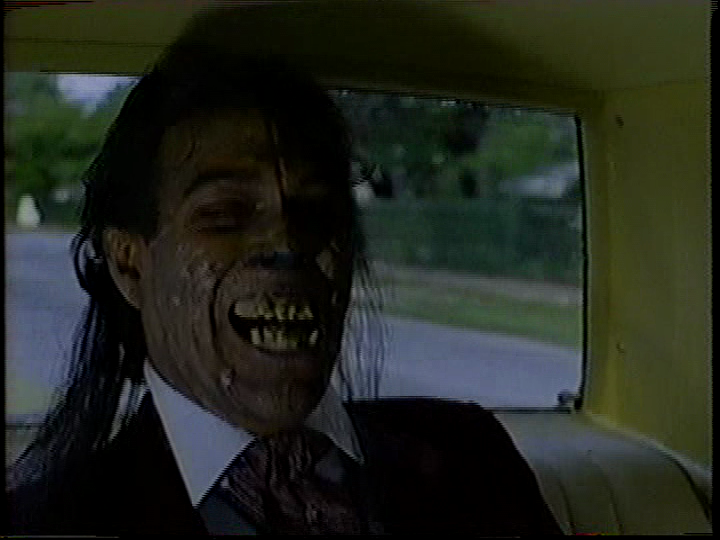 Andrew Stevens (Night Eyes, 10 to Midnight) is woodenly amusing as the psychiatrist bad guy and director Richard Friedman (Doom Asylum) shoots the film well enough. Surprisingly, the writer also worked on David Lynch's "Twin Peaks"...but also wrote the "Fantastic Four" movies. In the end, Keller saves the day by getting transported back to the 1800's and putting a magic amulet together and bush men from Africa come to her rescue and destroy the slave owner's ghost with spears. It's all pretty cheesy. 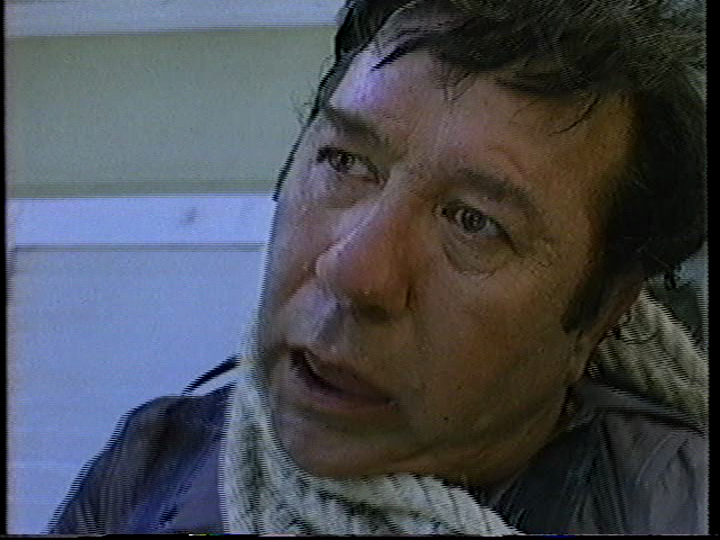 "Scared Stiff" features a car explosion, throat crushing, a shower sex scene (with no nudity), a ghost wife beating, a killer tree branch, hot wheels that come to life, and a detective who would rather watch basketball than work a case. Oh, and I must admit, I liked the pop song that Keller's singer is shooting a music video for. 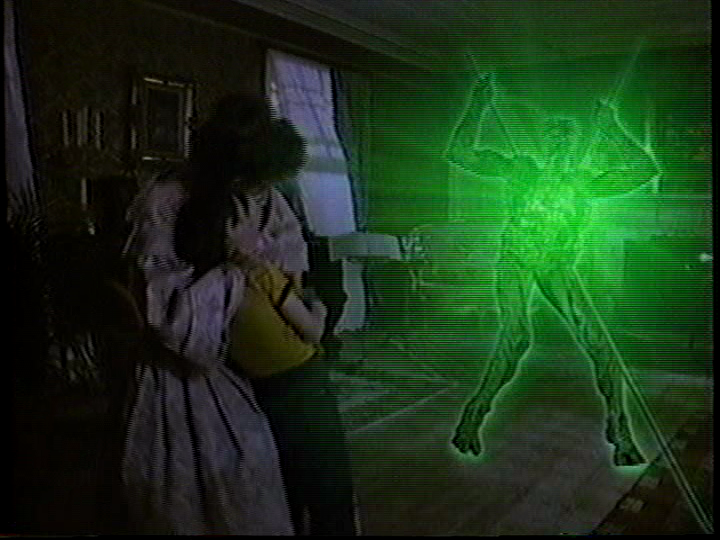 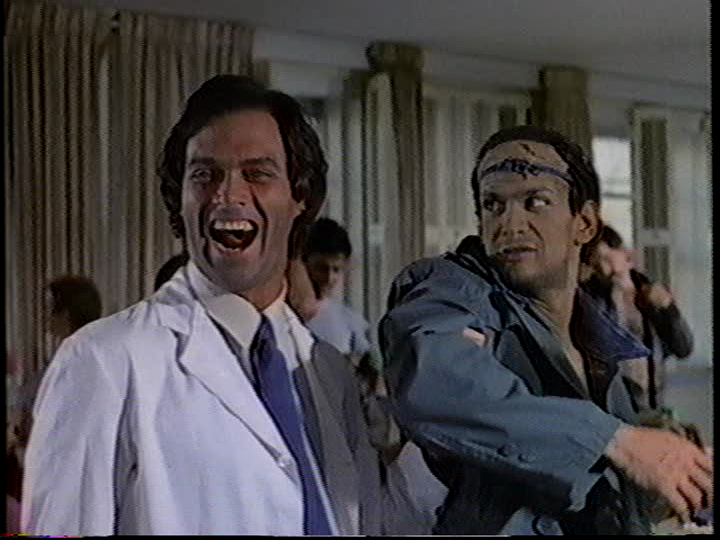