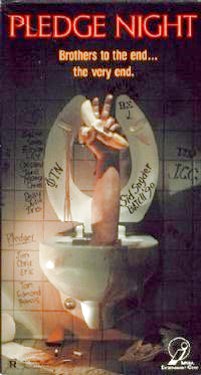 “Pledge Night” was shot in 1988 but shelved until 1990, making it literally an 80’s holdover. It’s a supernatural slasher that plays out more like a dumb frat comedy than a horror film. 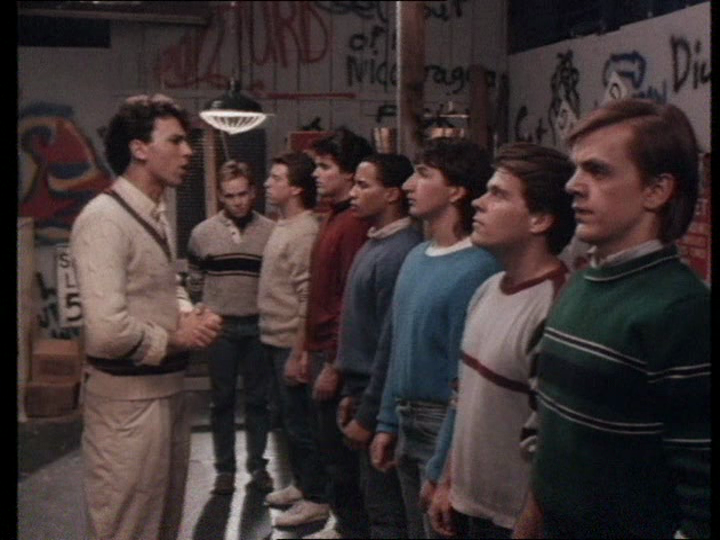 THE PLOT: In the 60’s, hippie student Sid dies in a tragic acid bath accident after a frat prank goes terribly wrong (as they often do). Now in present day 1988, Sid returns as Acid Sid…a wise cracking, melted face killer who is out for revenge against a new generation of frat brothers. 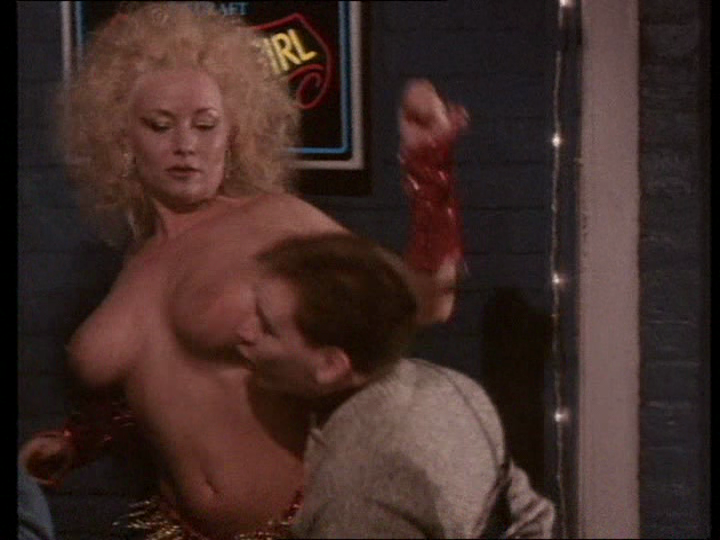 I really wanted to like "Pledge Night". I had decent expectations and was sadly let down. “Pledge Night” is one of the most disjointed and uneven horror films I’ve ever seen. Never mind that half of the film’s runtime plays out like a bad frat comedy or that it takes 40 minutes until we get a kill. “Pledge Night” suffers from an uninteresting narrative, terrible pacing, one of the lamest endings of all time, and a stupid gimmicky killer (a killer hippie is unintentionally hilarious, dated and a straight up Freddy Krueger knock off). 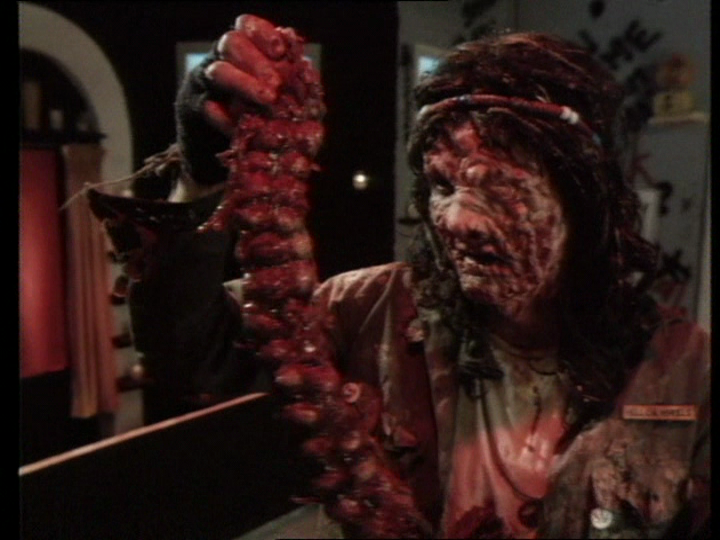 If you can sit through the homoerotic undertones and dumb jokes that pollute the first half of the film, you may find yourself impressed with the gore and special effects. There are some original kills in “Pledge Night”…like when Acid Sid’s hand reaches up through the toilet and rips a frat brother’s dick off as he takes a shit. And how Acid Sid inserts a frat brother’s head into his wounded stomach and melts the dude’s head off like some kind of alien monster. The special effects are solid and the film’s last 20 minutes are entertaining. A scene in which Acid Sid emerges from a dead frat brother’s body (a la “Nightmare on Elm Street 2”) is memorable and well done. 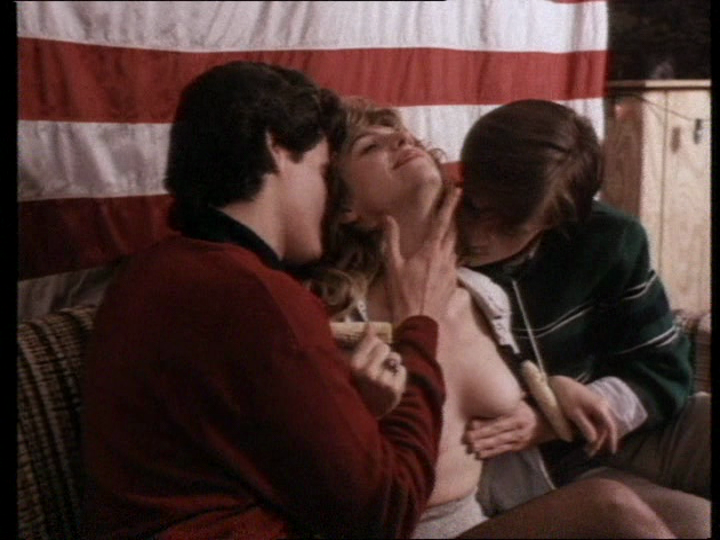 There’s a real sleaze factor to “Pledge Night” as well. You get two frat brothers double teaming a chick, a busty stripper, a bathing scene, a sex scene, and ole Acid Sid has a real penchant for exposing female’s breasts before disposing of them. The T&A is plentiful and gratuitous. 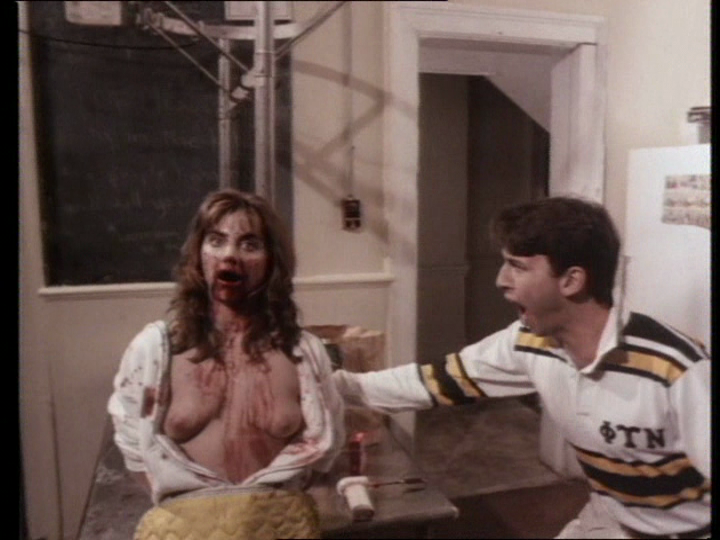 “Pledge Night” isn’t a good movie. It’s lazy, bland, and DUMB! But it’s got enough tits and gore to be seen at least once. Think “Animal House” meets “A Nightmare on Elm Street”…but with more homoerotic spanking. 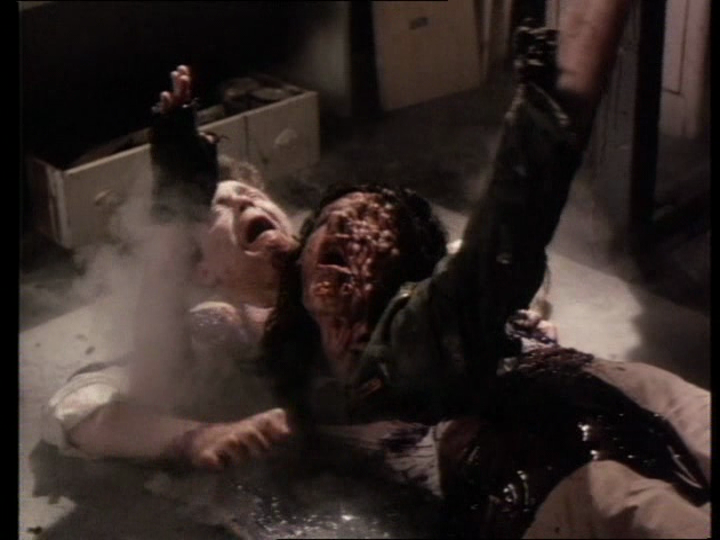 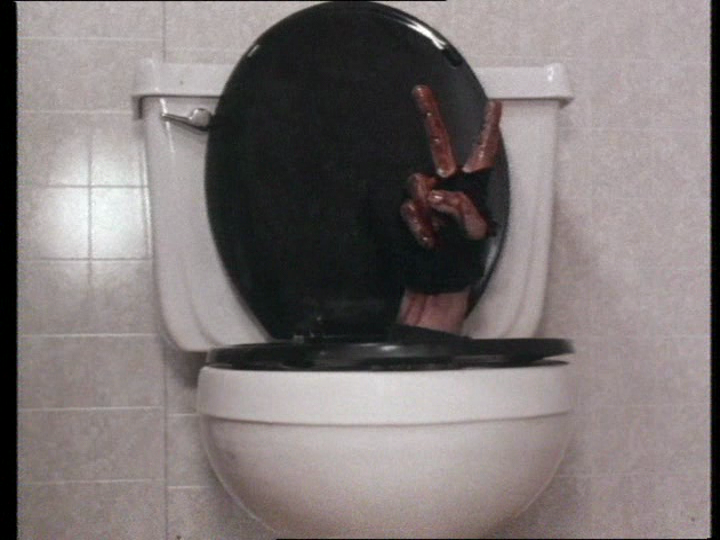 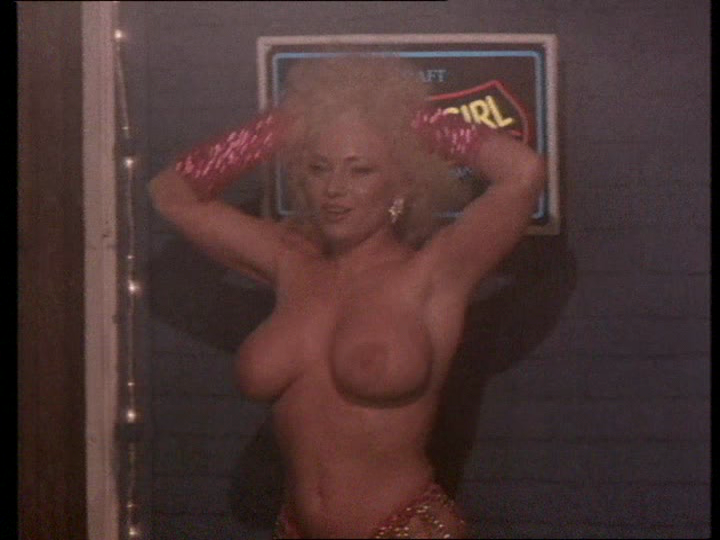 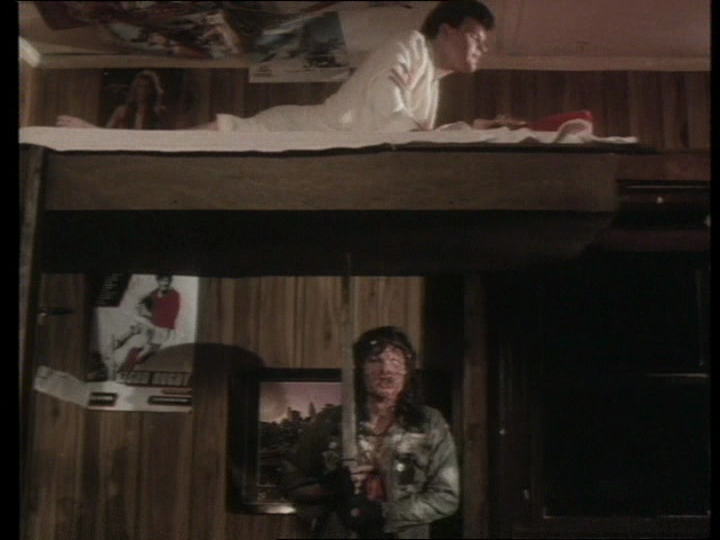