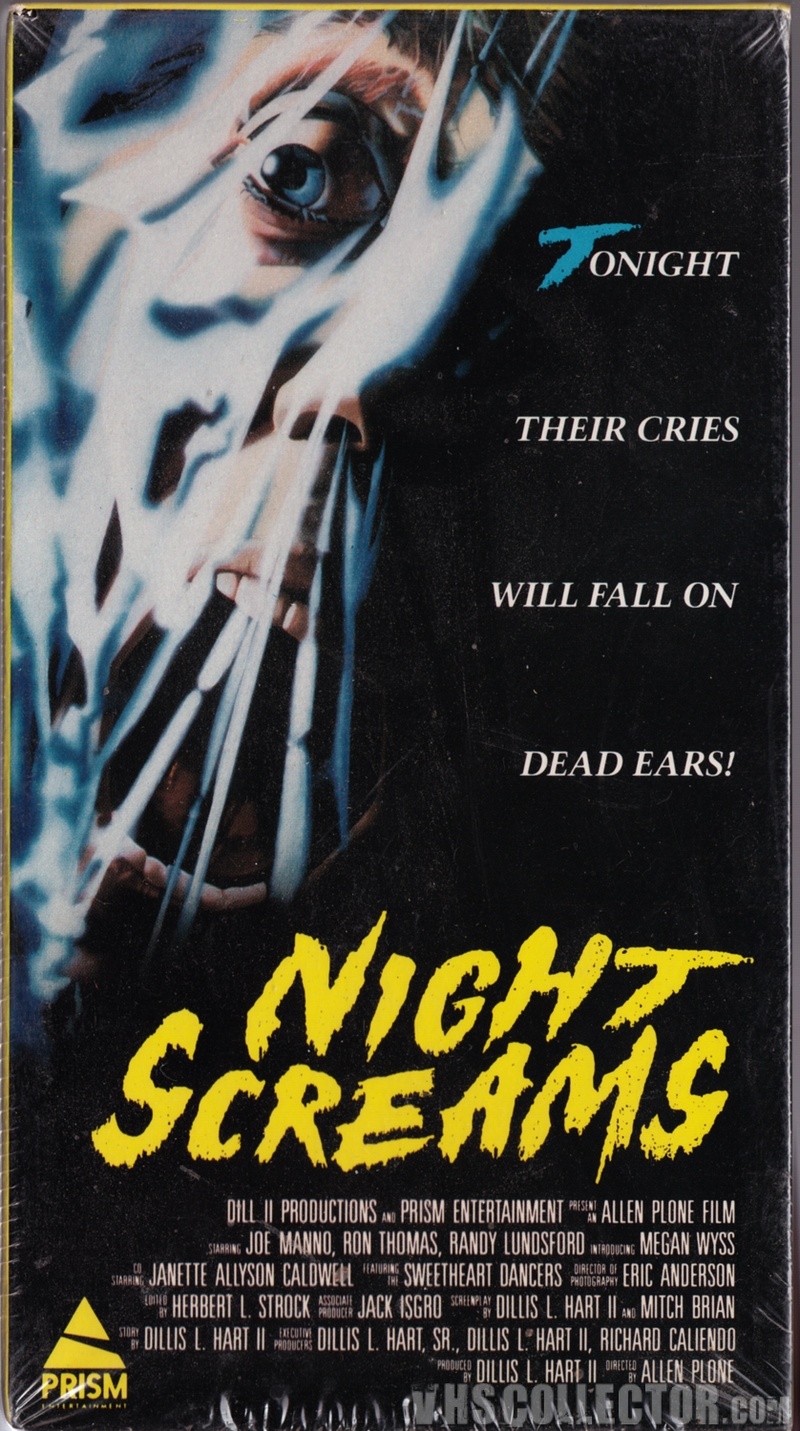 “Night Screams” is another cookie cutter slasher that helped the sub-genre sink into the depths of hell. No gore, no tension, and no creativity. 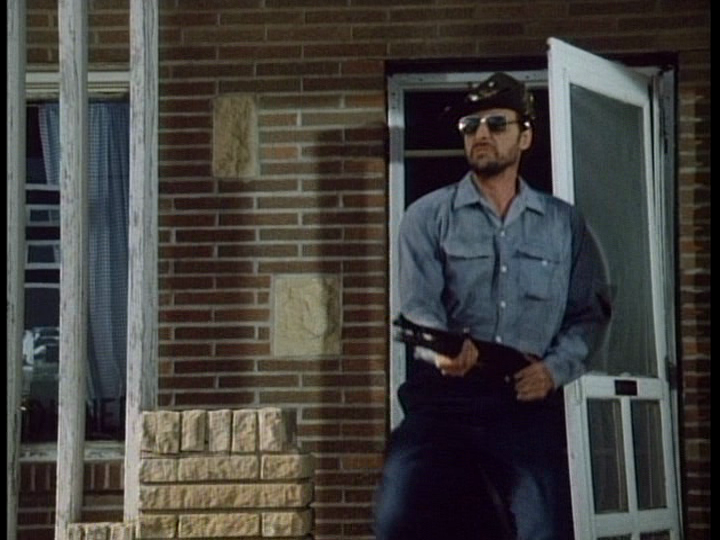 THE PLOT: A high school football star, who suffers from temper problems and takes crazy pills, throws a party at his parent’s secluded house while they’re out of town. 2 escaped convicts crash the party and hide out in the basement. Soon the teens start getting killed off one by one (a teen dies by poison being thrown on sauna rocks). Who is responsible for the slayings? 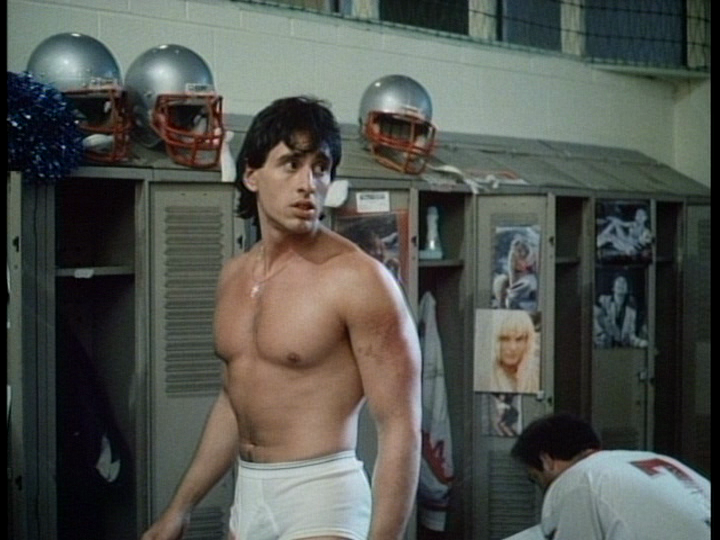 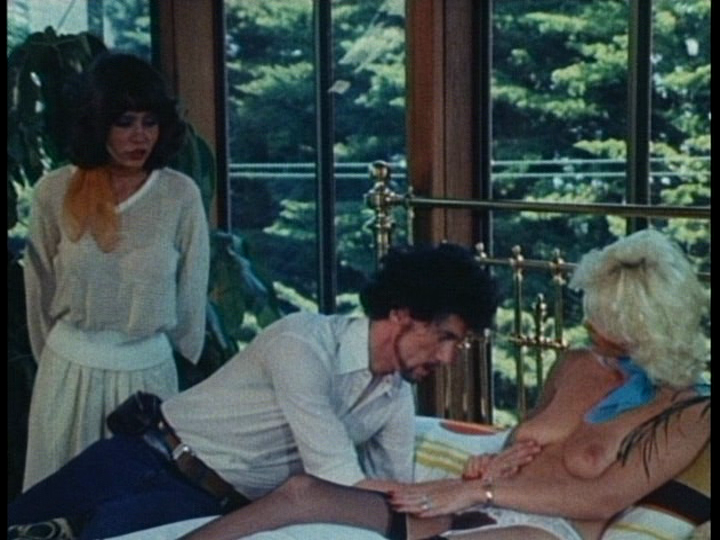 “Night Screams” does feature one solid moment. The convicts, led by a leader named Snake, go on a crazy diner shooting spree that involves dead cops, exploding  cars, and some hand to hand combat. It’s a frenetic and wild scene that comes out of nowhere and seems like it’s from a totally different movie. I hoped maybe the rest of the film would pick up and get exciting after the diner scene…but I was let down. The convicts just spend the majority of the time in the basement as red herrings. 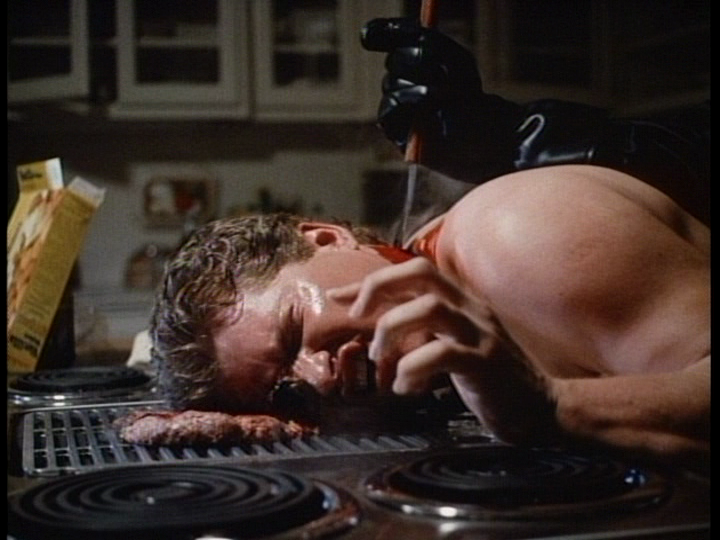 The identity of the killer isn’t hard to pick up on and the majority of the cast are amateurs. It’s a lame slasher that wastes a decent, if not unoriginal, premise and settles for being a by-the-book slasher. Other than an axe to the head, the deaths are pretty weak. 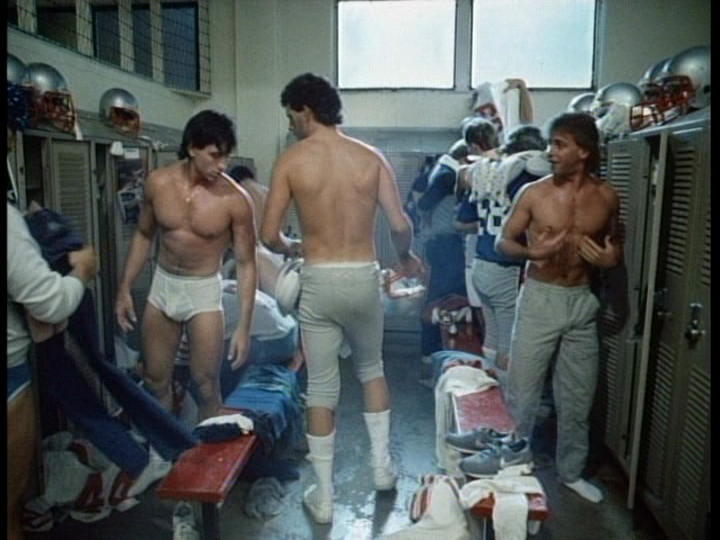