"Night of the Demon" is a classic low-budget killer bigfoot movie that features some solid gore and a ridiculous slow motion finale. 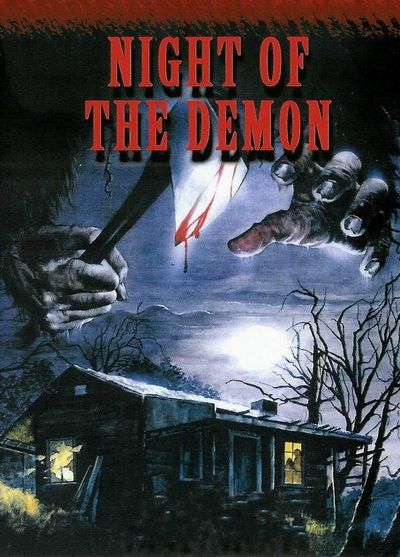 PLOT: A professor leads a group of students into "Bigfoot territory" (aka the woods) in hopes of locating Bigfoot...who is responsible for countless deaths. The group shares Bigfoot stories, stumble onto a black magic ritual, and discover the truth about Bigfoot and his offspring.

When I was growing up, one of my friends J-bone was a fellow horror movie lover like myself. We would always talk about horror flicks and recommend different movies to each other. When he'd come over, we'd run down to the video store and pick up whatever VHS box had the coolest monster or hottest babe on it. One night he was talking to me about a killer bigfoot movie, I assumed it was the legendary Demonwarp-1988 and started drooling over Michelle Bauer and her sunbathing scene. My friend J-bone didn't recall a sunbathing/decapitation scene and so began our journey to the video store to track down a killer bigfoot movie that wasn't "Demonwarp". We eventually found it and ironically it was another Bigfoot movie with demon in the title..."Night of the Demon". 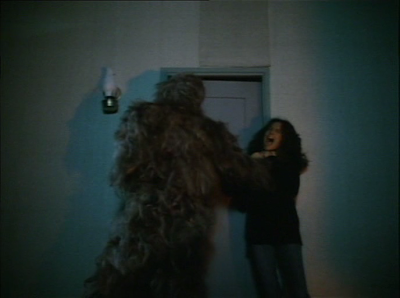 "Night of the Demon" is a cheesy, slasher-esque Bigfoot movie. It features POV stalk shots, gratuitous nudity, and a heavy helping of splatter. The filmmakers really pushed the gore as far as they could with the limited budget they had and it's the highlight of the film. All the Bigfoot kills are over the top and awesome. One of my favorites is when Bigfoot picks up a guy in a sleeping bag and helicopter spins him around like a sack of potatoes before throwing him and impaling him on a tree. It's hilariously awesome. 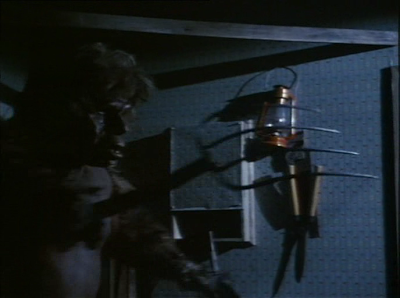 Everything else about "Night of the Demon" is pretty bad. The acting is amateurish, the pacing is terrible, and too much time is spent between Bigfoot kills listening to uninteresting characters talk about uninteresting things. But then out of nowhere some biker shows up, takes a piss on Bigfoot, gets his dick ripped off, and bleeds blood out his dick all over his motorcycle!!! So if you hang in there through the boring parts, you will be rewarded with some ridiculously awesome moments. There's also a disturbing Bigfoot rape scene and a slow motion slaughter at the film's finale. 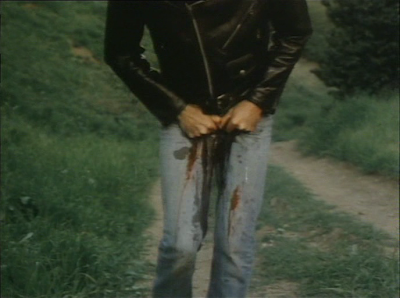 The film's score was extremely annoying. Most of the time it just sounded like someone was deflating air out of a balloon. The film features flashbacks within flashbacks and bigfoot uses weapons (pitchfork, axe) to kill. It's a fun, trashy B-movie that (mostly) delivers.

So back to that night (long, long ago) when J-bone and I watched both "Demonwarp" and "Night of the Demon" as a double feature, I remember him saying, "I think Night of the Demon is better, dude...but that Michelle Bauer chick is hot!". Good times.