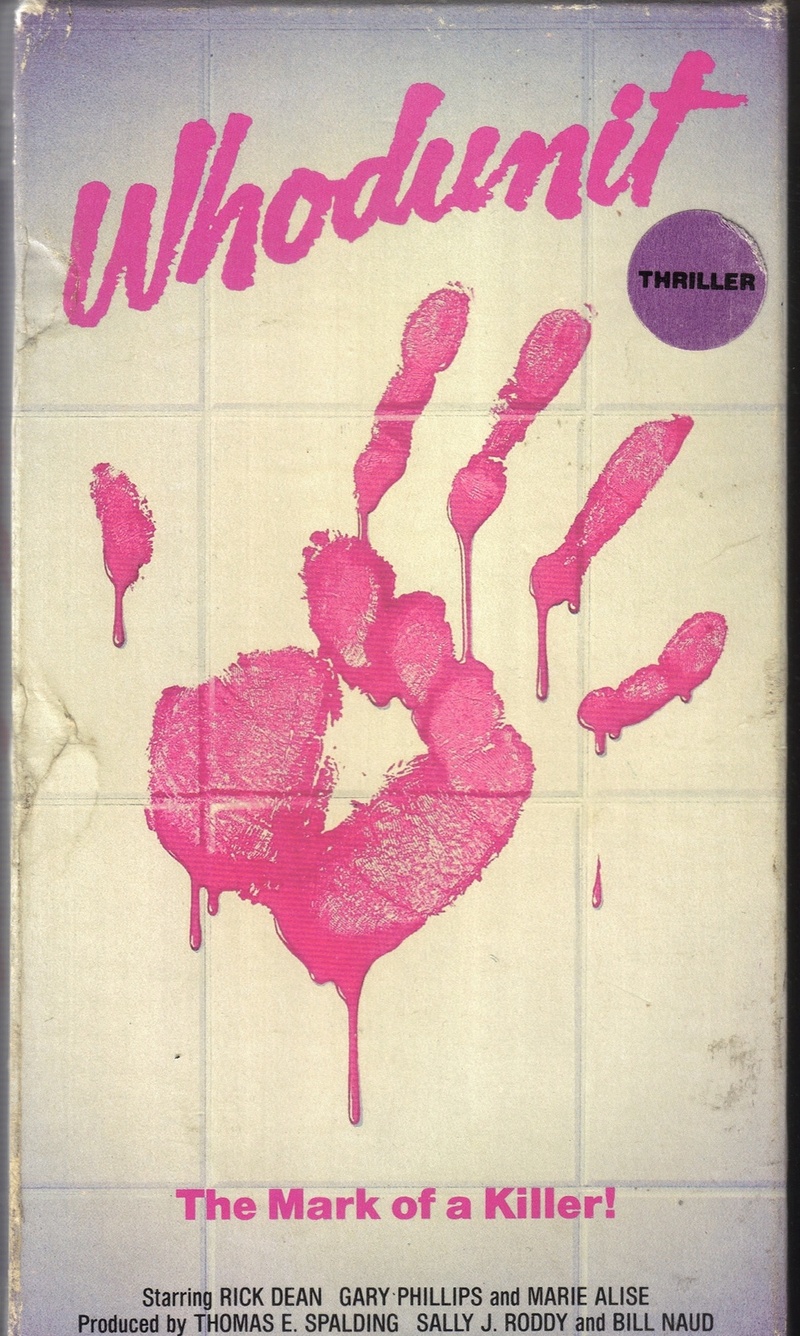 "Island of Blood" (aka "Whodunit") is an early 80's slasher that offers very few thrills, amateurish acting, and a meandering, paper-thin plot. The film is also know by the stupidest title in horror movie history..."Scared Alive". 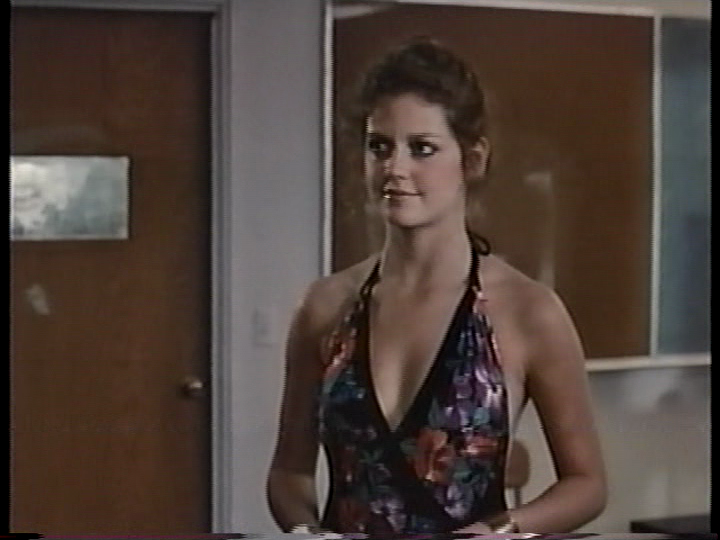 The Plot: A cast of hopeful young actors arrive on "Creep Island" to begin filming a movie that they will never live to see. In murderous succession, the actors meet with brutal deaths. The few remaining become suspects...will they find out "whodunit"? 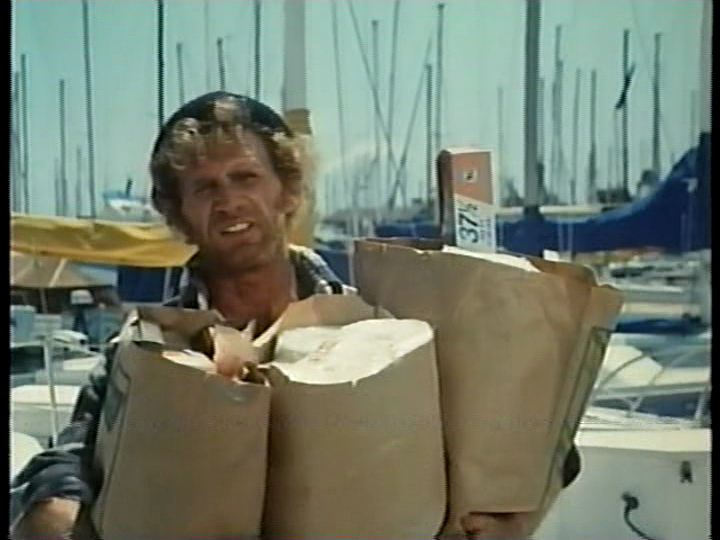 "Island of Blood" opens with a woman taking a nightly swim in the pool before getting killed with a shotgun as a Walkman blasts an 80's punk song.  After the shotgun fires the opening credits roll. We never find out who the woman was and the characters never mention her death. I assume it was shot to pad out the short 82 minute running time. This is just one of many jumbled plot elements that make "Island of Blood" a rather trite and bewildering experience. We discover that the killer is murdering based on lyrics in the punk song (which gets played about a million times) but we never find out why (?). Some choice lyrics from the song are "Boil me, boil me, boil me, face to face!" and "Lonely as a child, you were wet, you were wild". The film plays out like a cheesy "Ten Little Indians". 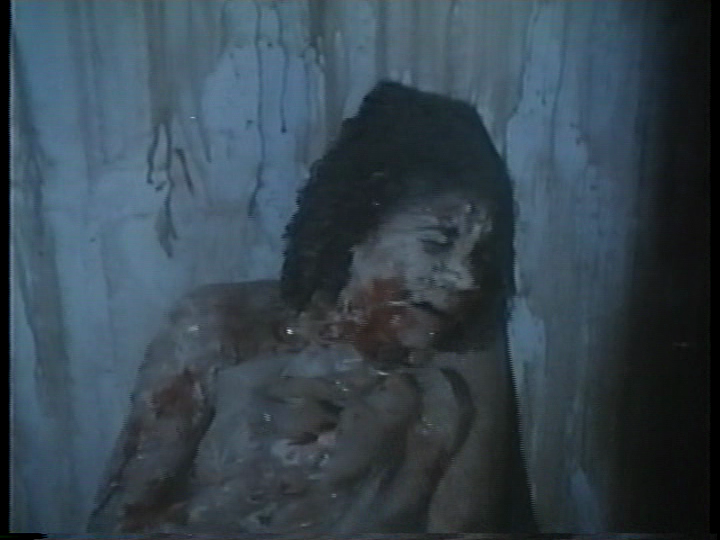 The character's have to be some of the dumbest I've ever seen in a slasher film. First off, no one seems particularly distraught when the first murder happens. A man gets boiled to death and that very night they eat boiled lobster for dinner? Secondly, they don't realize the killer is murdering to the lyrics of the song until after half way through the film! A pretty obvious clue. I have to admit, I was surprised who the final girl turned out to be. But I really could have cared less who lived because none of the characters in the film were particularly interesting. But the red herring character of Bert the caretaker was amusing. A funny line about the love of his life being his dog made me laugh. Too bad they kill him off early. 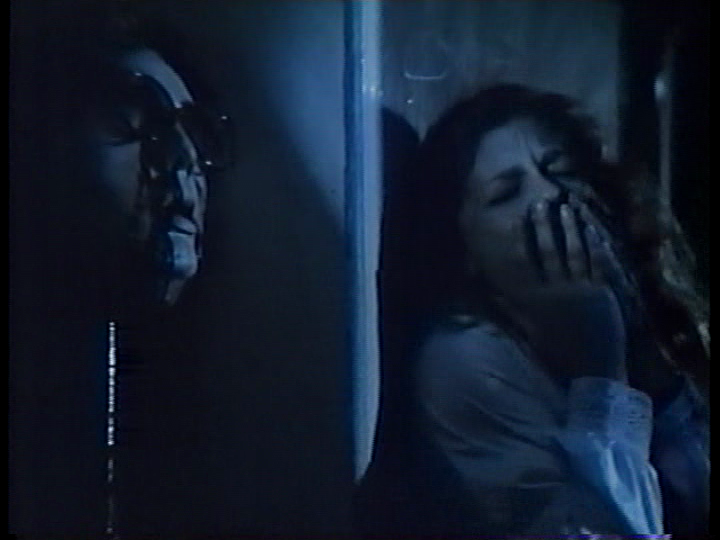 The direction is uninspired (the director also shot the terrible 80's ROCKY spoof RICKY I), while the "action" scenes are badly lit. But there are some enjoyably bad moments. Like a character threatening the potential killer with a candle. And the scene where a guy gets his dick chain sawed after having both his arms lopped off. There's also a pretty gross (and ridiculous) battery acid shower scene. The gore is minimal but the effects are passable. The twist ending at the end of the film was alright and I liked how they ended the last shot. Overall, I'd say you're not missing out on much. 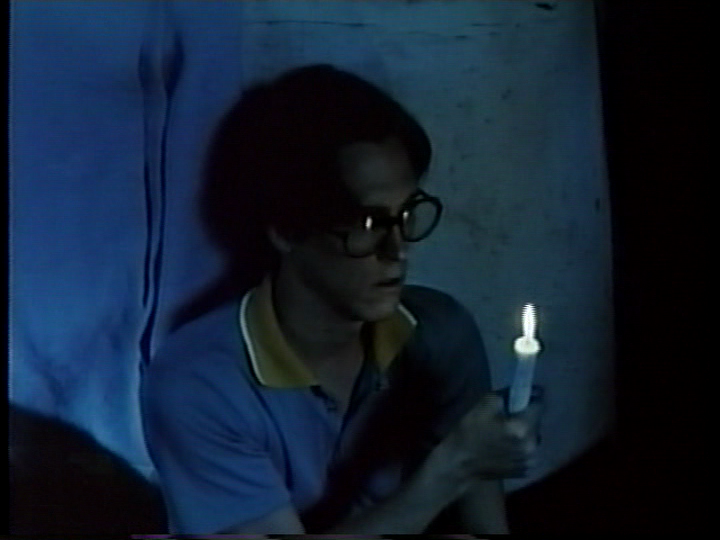 "Island of Blood" features a spear in the face, hand puppets, a full clothed sex scene, a nail gun shoot out, a decapitation, a lame VHS cover, and a catchy and sadomasochistic punk song! Take a listen below! 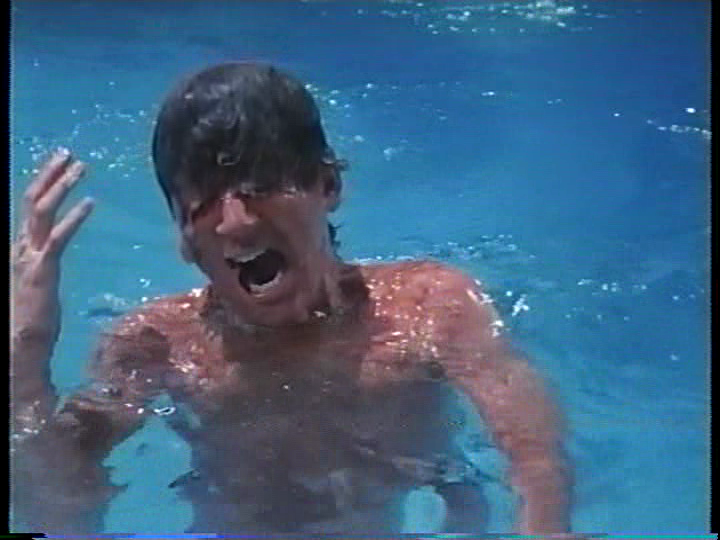 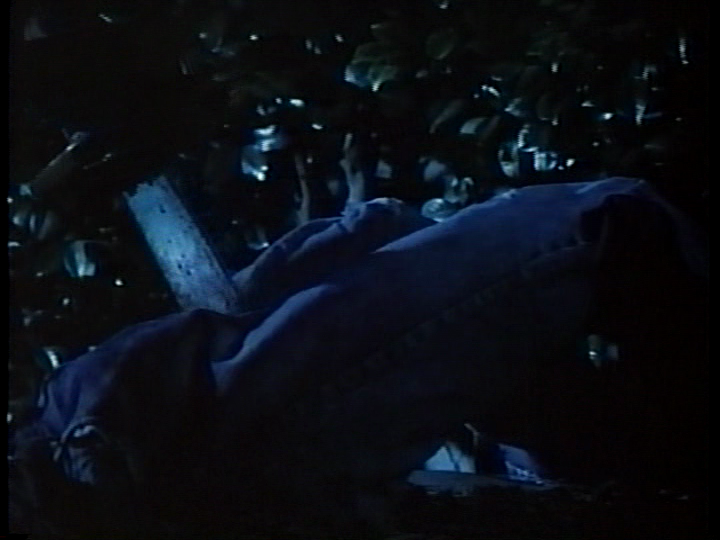