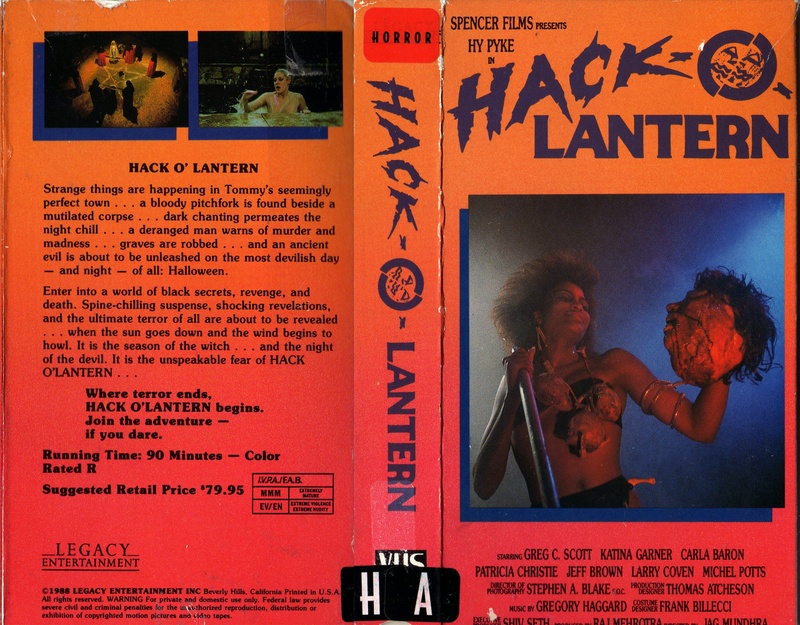 “Hack-O-Lantern” (aka “Halloween Night”) is a slow paced, low budget holiday themed slasher that offers some T&A but little fright. 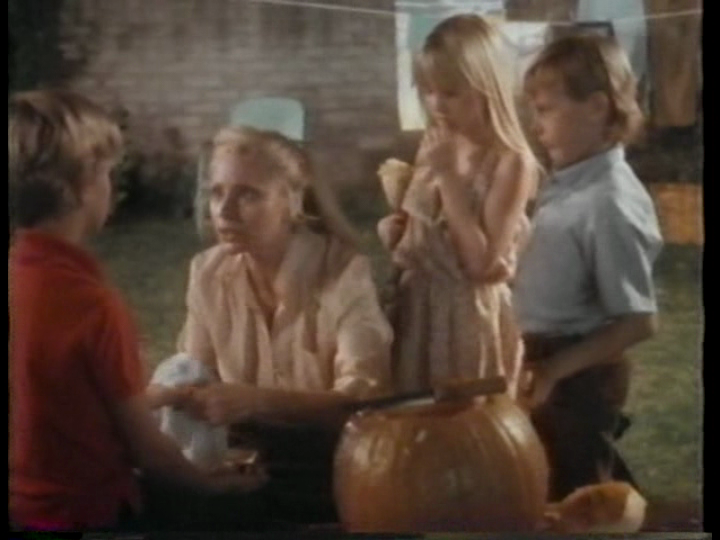 THE PLOT: A small rural town is preparing for an extravagant Halloween party (which includes a stripper and a stand-up comedian) when a masked and cloak clad killer begins slashing teens. Tommy (Gregory Scott Cummins) has been chosen by his grandfather to follow in his satanic cult footsteps and Halloween night just happens to be his initiation night… 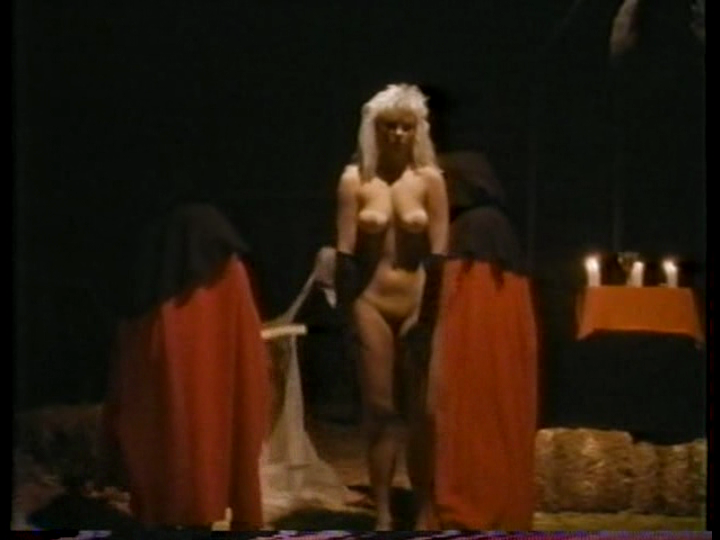 What a great title for a horror movie! Too bad the actual film is a below average, clichéd, better left forgotten 80’s cheese-fest. “Hack-O-Lantern” has several flaws, but the fatal flaw is the film’s bizarre, almost non-existent, plot. The film never develops a consistent tone or narrative and comes off like a collection of random horror gimmicks. Almost as if director Jag Mundhra (who also directed the equally lame “Open House”) went off a checklist of random horror scenarios. The film’s plot involving Satanists also comes off as laughable instead of frightening and proves rather ineffective. 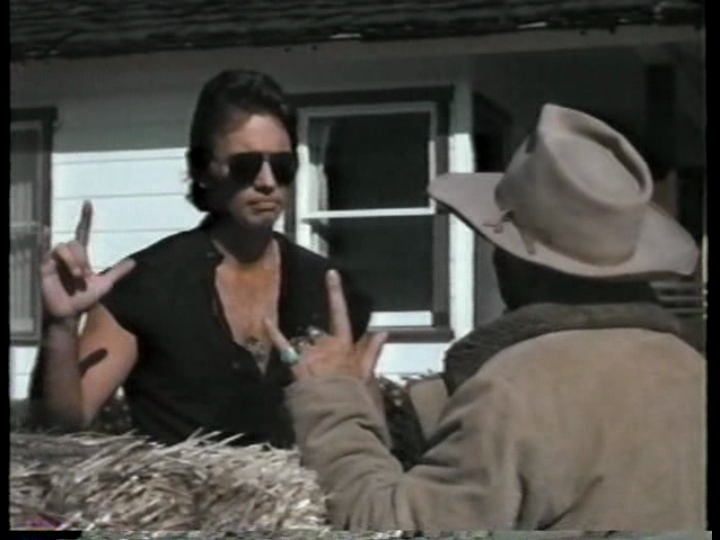 Hy Pyke gets top billing in this turkey (who the fuck is Hy Pyke?). His name is prominently credited in bold before the film’s title…as if he would draw in an audience. I must admit, his hammy overacting and gibberish dialogue provided some entertainment. The rest of the cast is amateurish and downright horrid. Cummins (“Blood Games”), as usual, is solid. 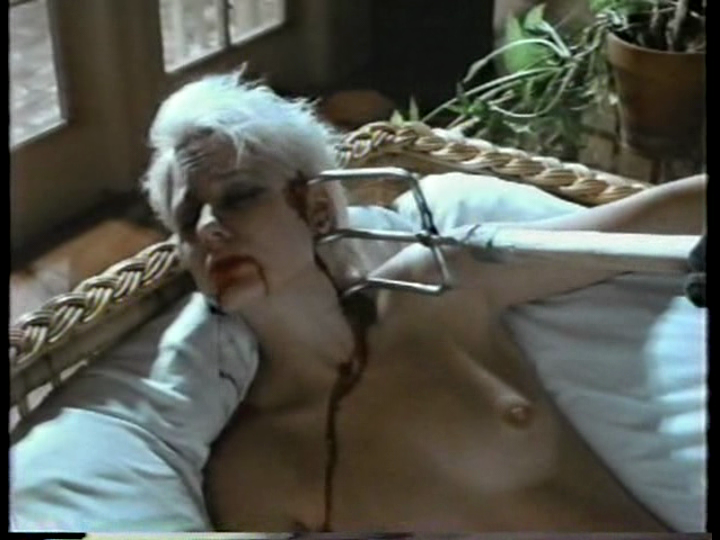 The one positive “Hack-O-Lantern” has going for it is the ample amount of nudity. You get a bathing scene, an incest rape, a chick that gets stripped down and branded with a pentagram, a stripper, and some sex in the cemetery. And I mention that Tommy’s mom has a killer rack. Still, suffering through this turd for a few glimpses of boobs and bush isn’t worth it. 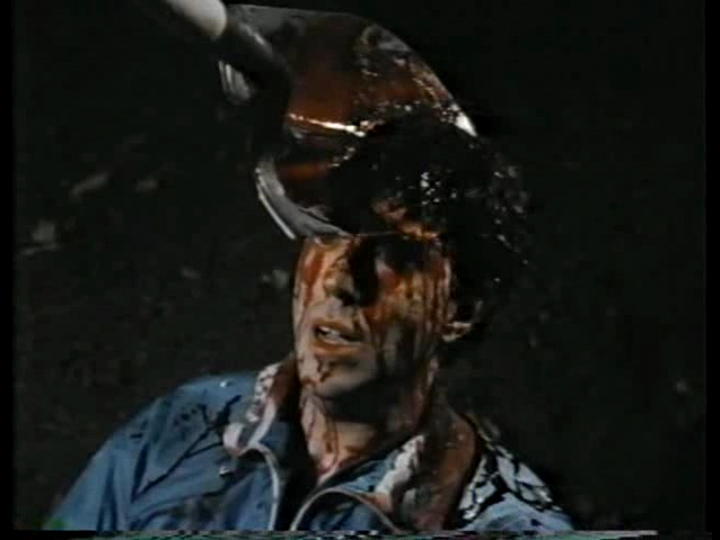 Director Mundhra decided to pad his film with a music video dream sequence (including a decapataion) and a lame stand-up comedy routine. I must admit that the music video is pretty radical but the comedian padding was painfully bad. Right in the middle of the killings, we get saddled with 5 minutes of lame ass jokes. Talk about killing momentum (in honesty though, the film never really picks up steam). 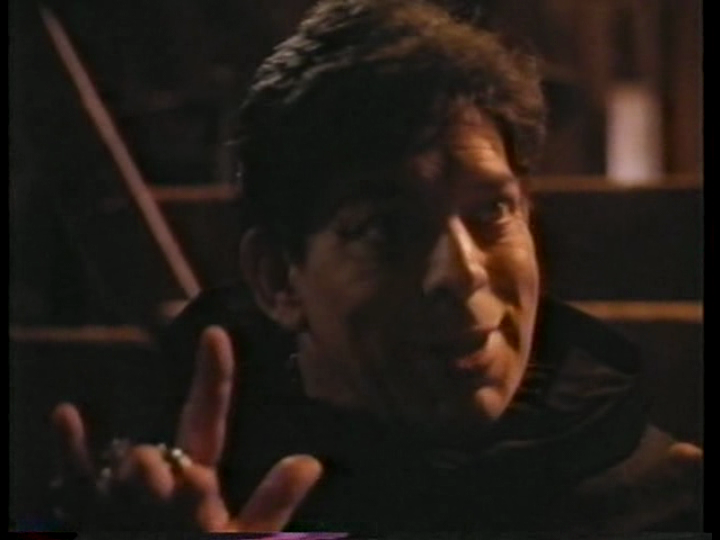 “Hack-O-Lantern” is an odd, cheaply made, and somewhat amusing Satanist slasher. The identity of the killer is obvious and the kills are lacking in originality and gore. It’s another mediocre slasher that polluted video store shelves in the 80’s. But damn, what a great title! 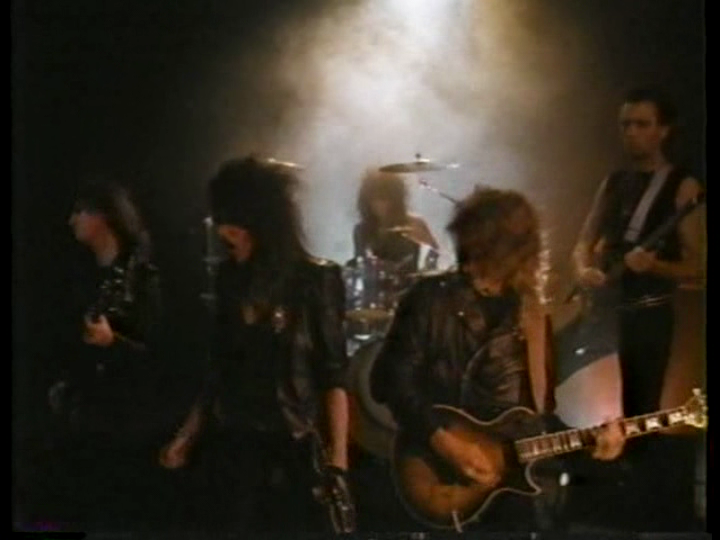 “Hack-O-Lantern” features a death by shovel, a pitchfork stabbing, pumpkin smashing, a kid who likes the taste of blood, a gothic opening score, some Halloween pranks, and a dumb twist ending. 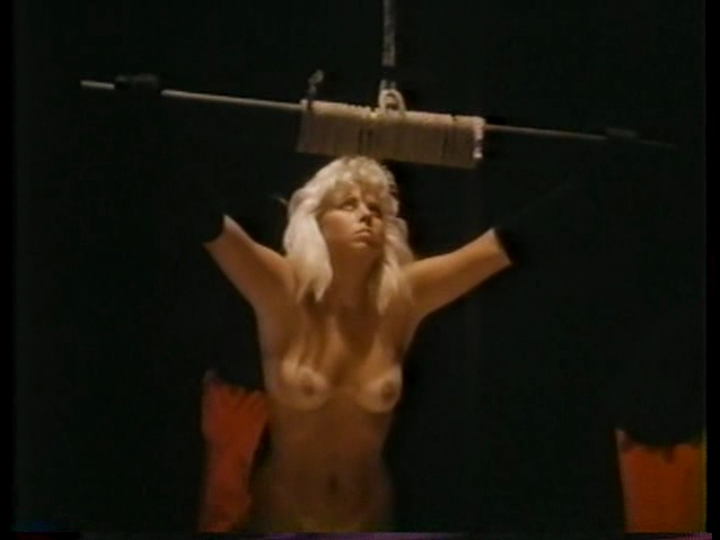 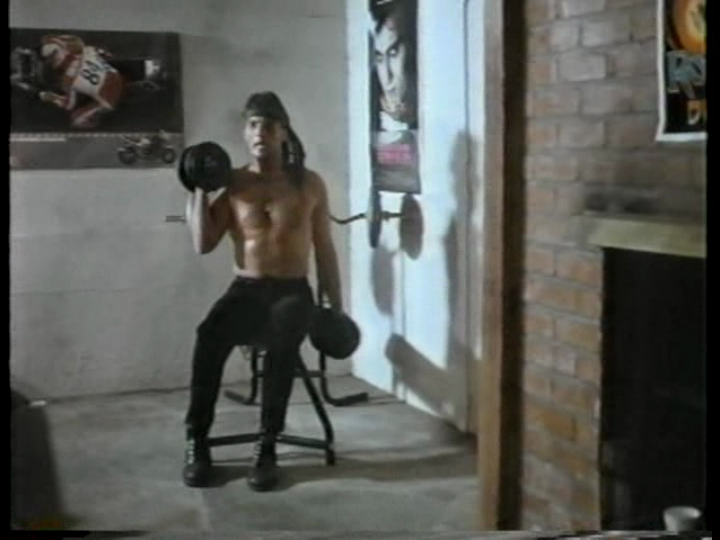