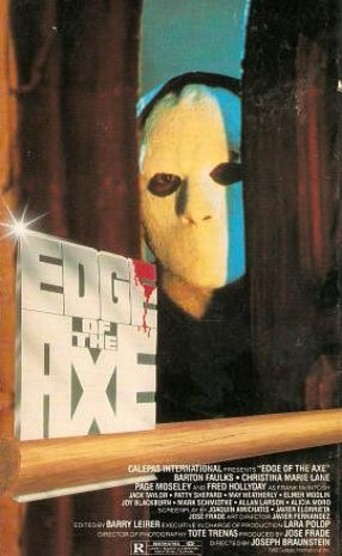 "Edge of the Axe" is a mediocre slasher that plays out more like a drama than a horror film. It has some strong death scenes and red herrings galore. 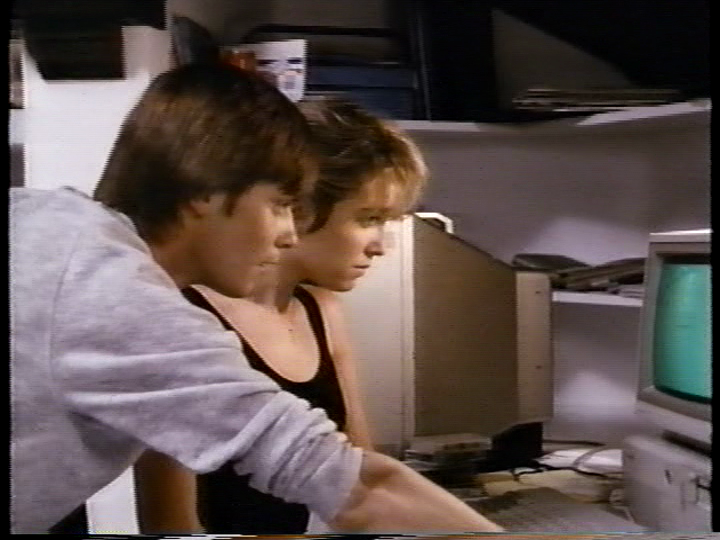 PLOT: A white masked killer is murdering woman with an axe in a rural town in California. All the women are connected by the fact they all worked at the same mental institution. Gerald, an expert arcade player and computer whiz, teams up with his girlfriend to find the killer's identity. 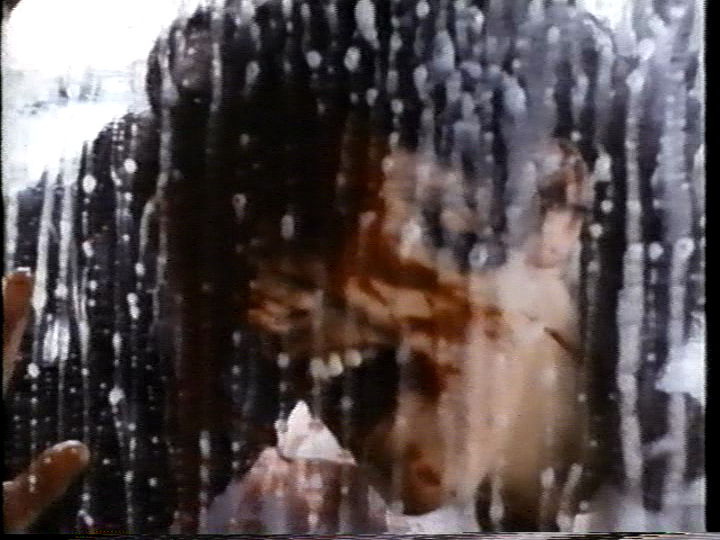 "Edge of the Axe" features an effective and hypnotic opening scene involving a death at a car wash in broad daylight. It's the high point of the film sadly and never delivers the goods promised from a solid opening. The murders are intense and staged well (like a backwoods giallo)...but they're few and far between. Too much time is spent on Gerald's romantic endeavors and the plights of the useless and stupid authorities. The film also spends too much time on sub-characters with sub-plots that go nowhere. On a positive note, the axe murders are graphic and the killer's mask is creepy. 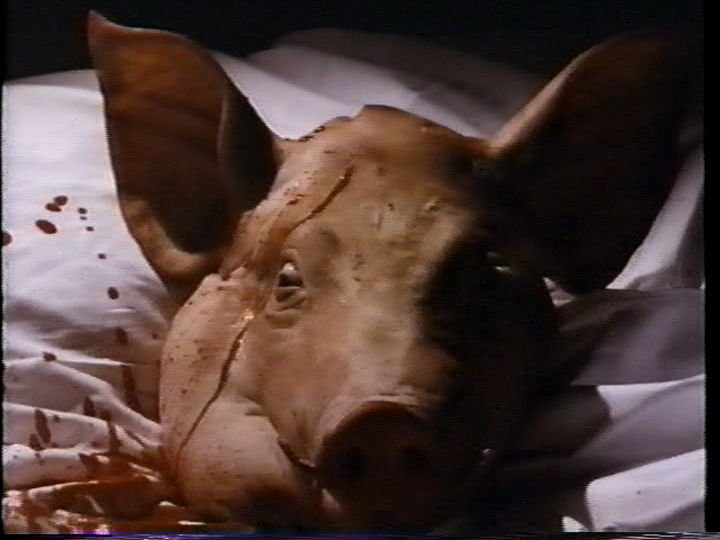 All the chicks in this town don't wear bras and every single character is treated as a red herring. No one acts particularly realistic or reasonable either. Gerald and his buddy sing a song about a waitress's titties and shortly after find her dead in the basement of the bar. The very next scene the two friends are laughing than moving on to another bar where they wrangle up some honeys. Not once do they bring up the waitress's demise. No one seems effected by any of the deaths...including the sheriff. If the characters in the film don't care about the murders, why should we? 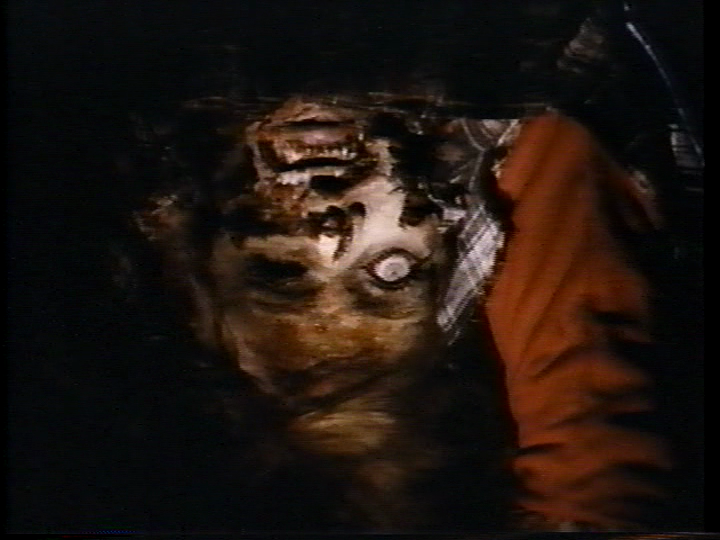 The film was shot by Spanish director Jose Ramon Larraz ("Black Candles"). He crafts the murder set pieces very well but the rest of the film feels like an early 80's TV movie. The acting is ok but the twist ending is dumb. It's one of those endings that doesn't make any sense once you think about. The film features terrible country songs and one such song ruins what could have been a semi-creepy ending. 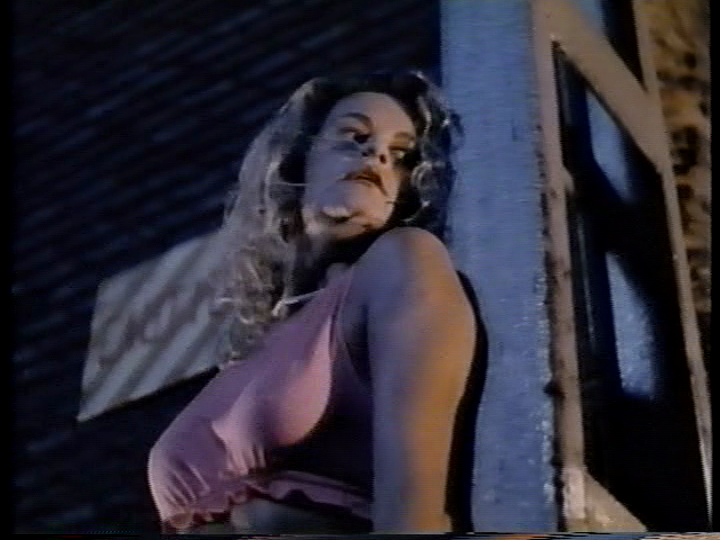 "Edge of the Axe" is for the slasher completist only. It's not bad enough to avoid but not good enough to track down. It's just a tad too boring. And I must comment how rad it is that Gerald and his girlfriend's computers speak what they type in loud, booming voiceover. 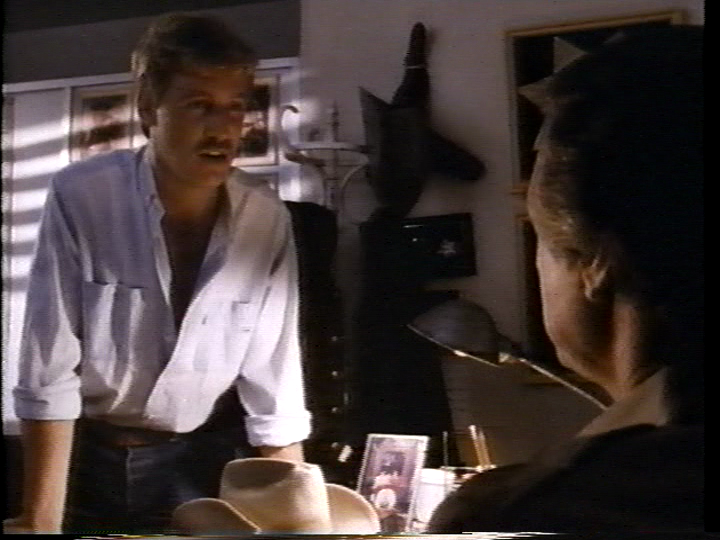 "Edge of the Axe" features severed fingers, a severed head in the lake, a cheesy folk song, a severed pig's head, a sweet trance score, and a dead dog dripping blood through a ceiling.