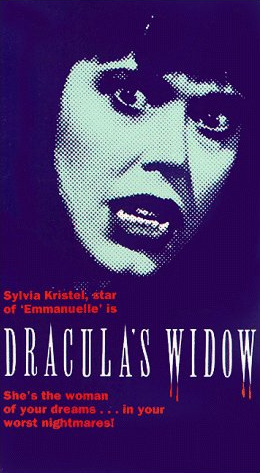 “Dracula’s Widow” is a good old fashioned vampire B-movie set in Hollywood circa 1988. 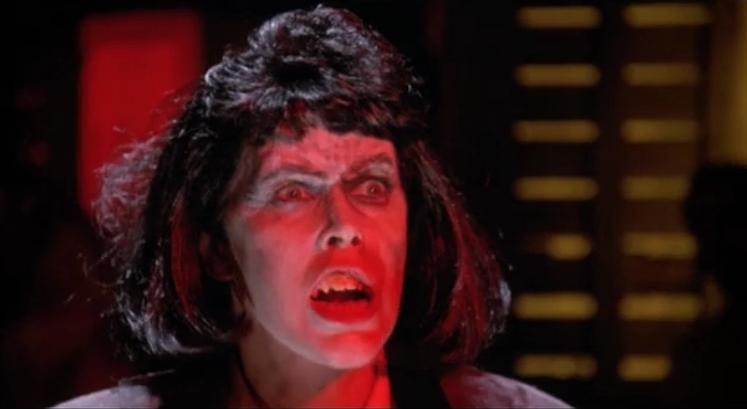 THE PLOT: A Hollywood waxworks owner named Raymond accidently receivers a coffin containing Dracula’s Widow, Vanessa. She awakens and turns Raymond into her slave and begins feeding all over L.A. A tough as nails detective teams up with Van Helsing’s grandson to track down the murderer and stop the slaughtering. 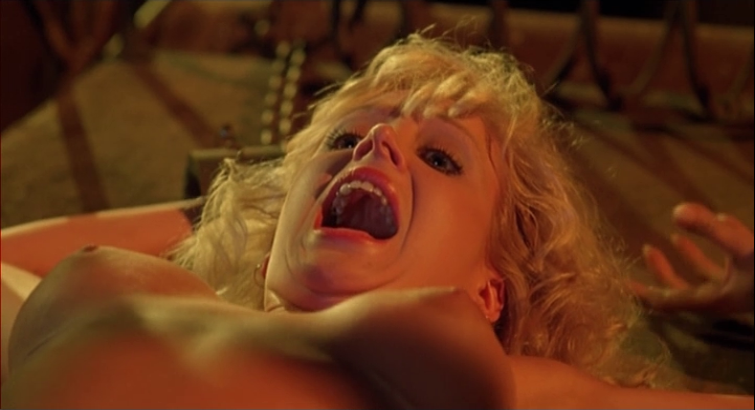 “Dracula’s Widow” has a good budget, creative cinematography, and an interesting spin on the Dracula mythos. It isn’t necessarily a good film but it is entertaining and competently made. Director Christopher Coppola (Nic Cage’s brother) adds some stylistic touches and uses some unique cross cutting. He also makes great use out of the waxwork setting, creating a fun and creepy atmosphere. But what’s with all the weird transitions (keyhole, splatter, and cut to red)? 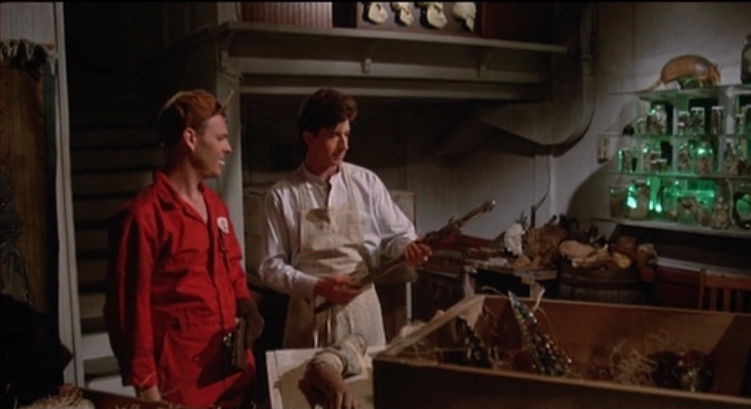 The acting is pretty cheesy. The guy that plays Raymond reminded me of Nic Cage ironically and Sylvia Kristel (Emmanuelle) can’t act to save her life. And her black bob hair cut is one of the most unflattering hairstyles I’ve ever seen! Also, unfortunately, she doesn’t go nude. Josef Summers (The Rosemary Murders) is solid as the hardass (and clichéd) detective hunting down the vamp. He smokes cigarettes, throws out one-liners, narrates the film, and eats popcorn at the crime scene! 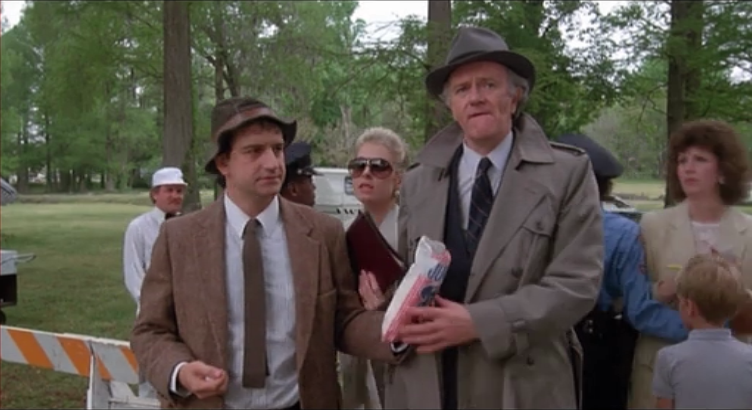 The special effects aren’t bad either. Throats get slashed, eyes balls get ripped out, and there’s a fairly realistic and disturbing stabbing in a bathtub. Some of the creature effects are bunk though. Like Vanessa’s appearance in vamp form looks more like a demon than a vampire. And the bat effects are downright velvetta cheese! A scene in which Vanessa and Raymond randomly join a group of Devil worshippers during a sacrifice is chaotically amusing and gory. 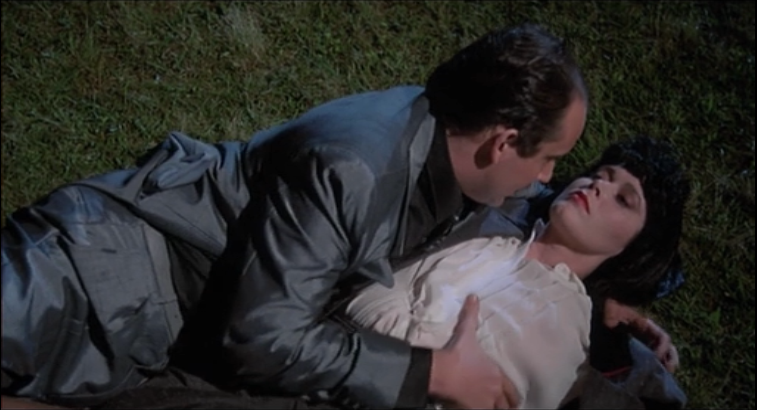 There’s some black humor scattered throughout the film as well as some random WTF moments. Like suddenly towards the end of the film when Raymond’s girlfriend gets a psychic connection to him and she sees the building he’s located in glowing yellow gold? Overall, I’d say check out “Dracula’s Widow”. It’s actually one of the more satisfying vampire movies from the decade…albeit a little cheesy. 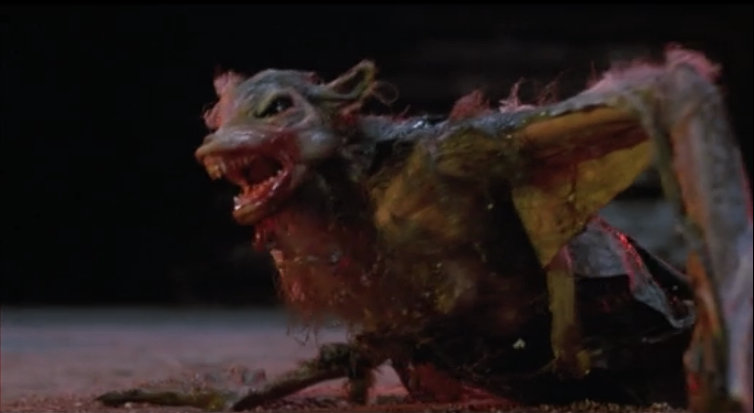 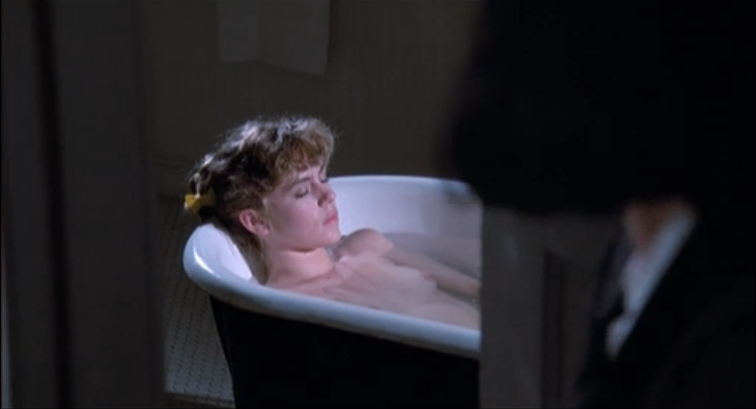 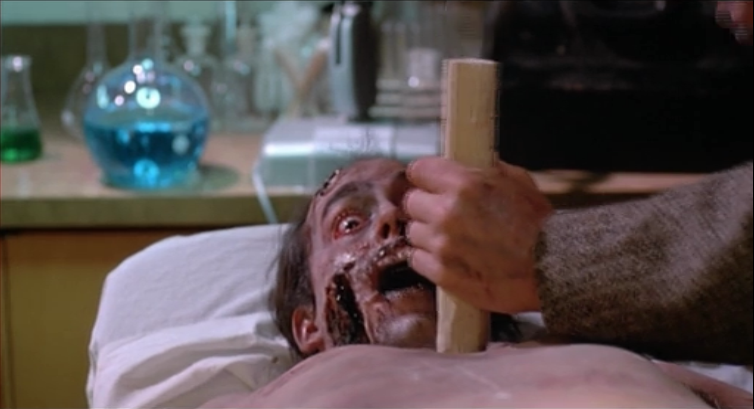 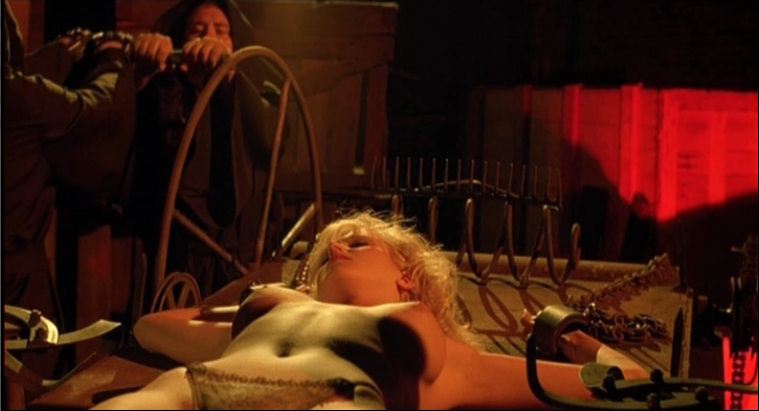 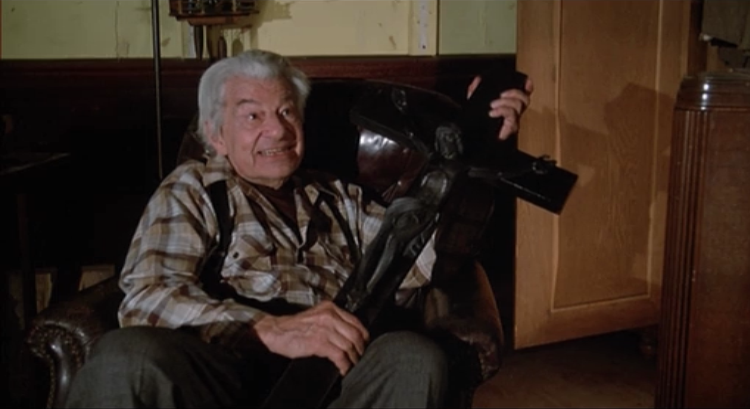