Doom Asylum might be the cheesiest slasher film from the 80's...packed with gore and  goodies. The Location: Abandoned asylum. The Killer: A disfigured coroner. The Victim Pool: Trespassing teenagers. 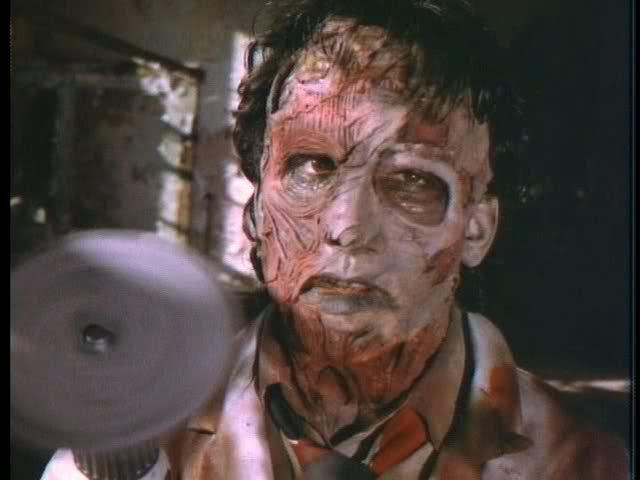 It's been ten years since Mitch Hansen was disfigured in a terrible car accident, killing his girlfriend in the process. Mitch escaped from the hospital morgue after killing the pathologist (who likes to operate wearing wayfarer sunglasses) and now haunts an abandoned asylum. A group of teens arrive at the asylum looking for a good time...including a band of punk rockers. One by one, they are stalked and killed with medical tools by the one-liner quipping "Coroner". Eventually one of the female teens (Playmate of the month Patty Mullen) realizes a ghost from her past may be behind the slayings... 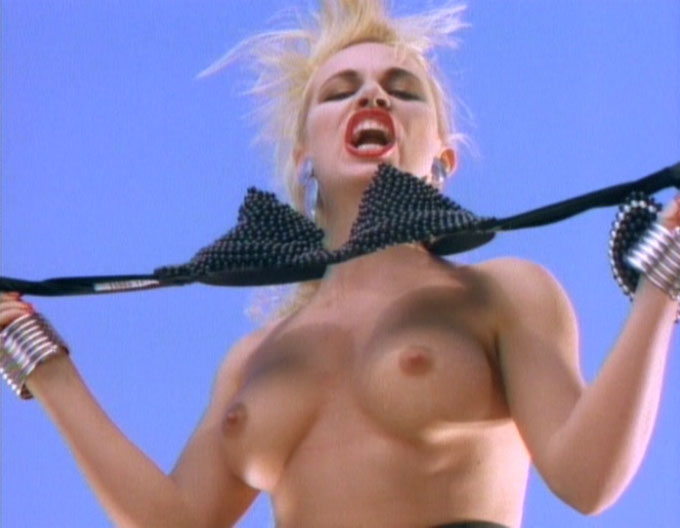 "Doom Asylum" tries to bring a new horror villain to the table with "The Coroner"...but the character's origin  is pretty lame. He was a lawyer who got disfigured drunk driving?!?! Not a very compelling or terrifying backstory. Having the antagonist throw out one-liners as he kills always makes things more fun and it was a popular fad in the late 80's due to dream killer Freddy Kreuger's success. "The Coroner" even resembles Fred Kreuger, with his disfigured, pizza-like face. "Doom Asylum" never really seems to take itself seriously and the film only runs a swift 78 minutes! 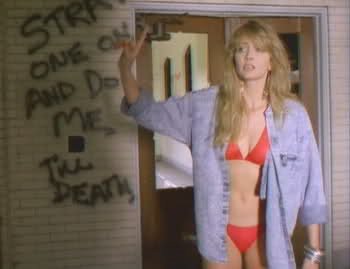 There are some bodacious babes in this flick! You get Patty Mullen [Frankenhooker] in two roles, wearing a bikini for much of her screen time. Future "Sex & The City" star Kristin Davis showing off her figure in a blue bikini one-piece. Her whooty booty is one of my favorite things in "Doom Asylum" :-) And scream queen Ruth Collins gives us the only real nudity in the film. 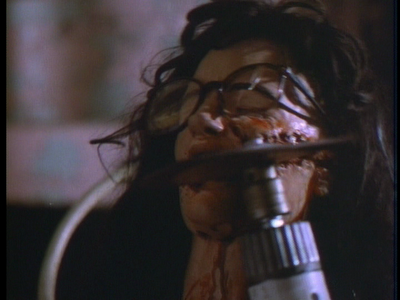 The special effects are pretty decent for a low budget slasher flick. Toes get cut off, people get drilled in the head, melted in acid, and guts ripped out. The gore is wet and plentiful. The kills are creative but feature some really cheesy b-rate one-liners from the killer. So cheesy in fact, you start to wonder if "Doom Asylum" is a comedic spoof of 80's slasher films....but that might be giving the creators too much credit. 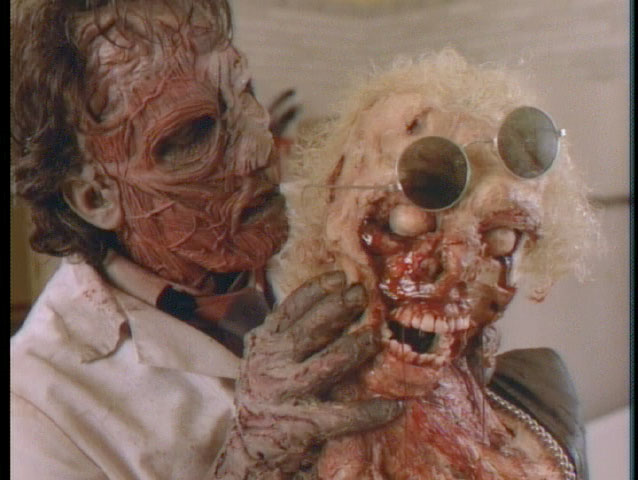 "Doom Asylum" has been released on DVD by Code Red, so it's a lot easier to find than most of the films on this website. I recommend you track it down and give it a watch...but bring some crackers for the cheese! "Doom Asylum" features a punk rock band, drinking and driving, terrible rapping, strangulation, bone saw facials, and a hoagie sandwich. 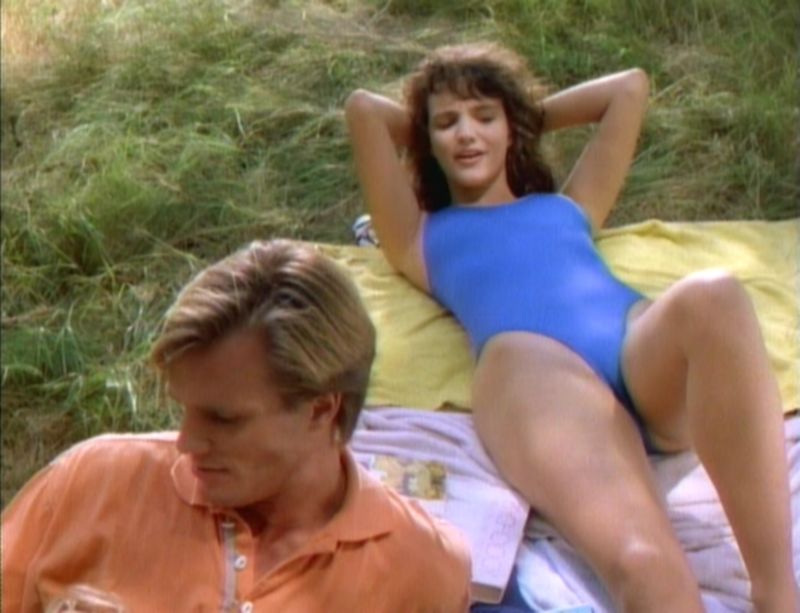