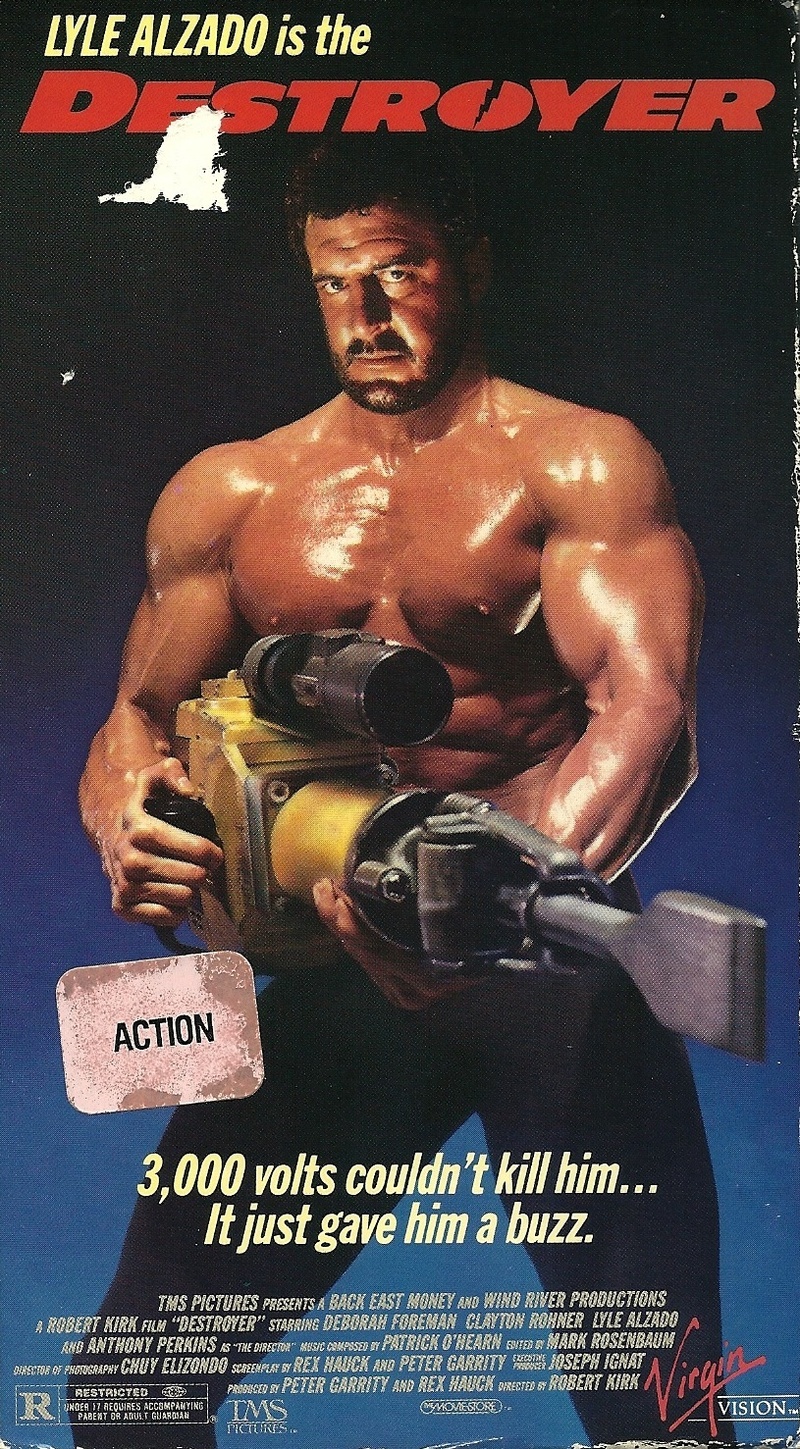 The side of the VHS box labels “Destroyer” as an “Action Thriller” but it’s really a prison slasher film that features a solid cast and some creative camera work but suffers from poor pacing and a weak climax. 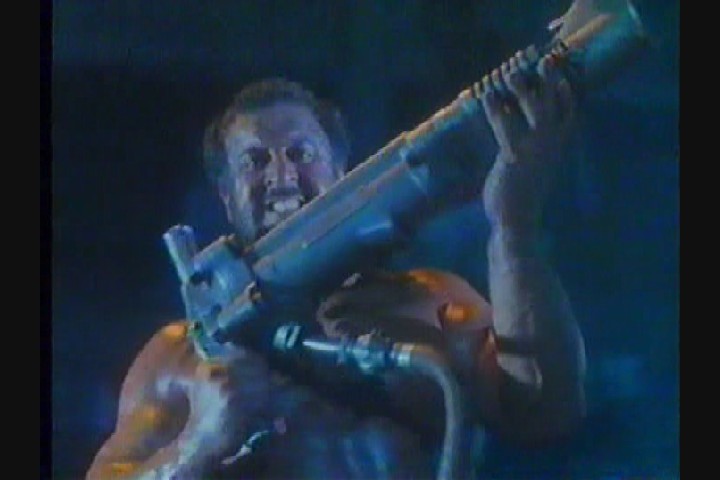 Ivan Moser (ex-NFL player and steroid user Lyle Alzado) is sentenced to death in the electric chair for the murder and rape of 24 women, men, and children. Moser manages to survive the execution and escapes during a riot, becoming “Destroyer”. Years later, a film crew descends upon the now closed prison to shoot a women-in-prison flick (“Death House Dolls”) and the Destroyer begins killing off the cast and crew one by one. A stunt woman (Deborah Foreman-Valley Girl, Waxwork) soon finds herself the lone survivor, trapped in the prison with the beef cake killing machine… 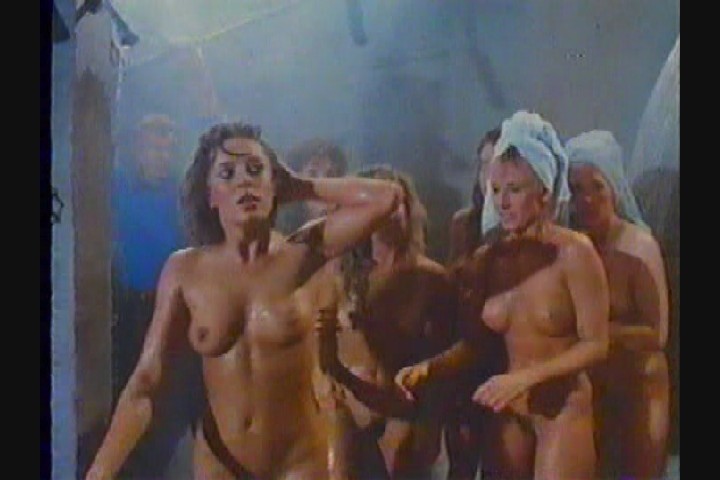 “Destroyer” is a well made, well acted, slasher that is better than most films on this website. The film features some impressive camera work, a solid and recognizable cast, and a couple memorable death scenes. “Destroyer” isn’t a classic but it’s definitely worth tracking down and will certainly entertain. The gore is average but the special effects are done well. A man gets torched to death on the toilet, eyeballs explode in the electric chair, and a man gets drilled through a wall. The effects are all convincing and original. But there are a few off screen kills, which are a bummer, and there’s a lame death scene where Destroyer strangles a woman to death with a beauty pageant ribbon. 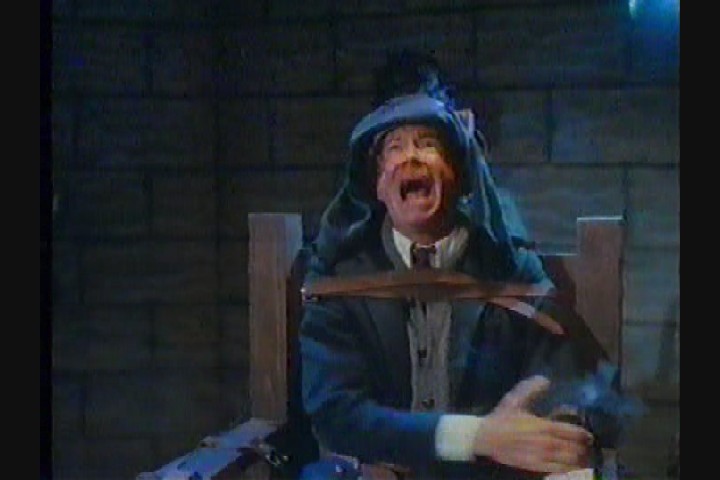 Anthony Perkins co-stars as the director of “Death House Dolls”. His performance is tongue-in-cheek and he steals every scene he’s in. Perkins really did deserve better roles than this. The Valley Girl herself, Deborah Foreman, is solid as the film’s heroine and always seems to play a fine final girl. With her turns in Waxwork, April’s Fool’s Day, and Sundown, I’m surprised she’s not mentioned more when it comes to 80’s scream queens. Last but not least, Lyle Alzado “stars” as the menacing, muscular, and psychotic Ivan Moser. I write “stars” because he seems to disappear for too long in the middle of the film. His character isn’t even seen in a couple of the kill scenes. Alzado has an intensity in his eyes and a physical presence that is more terrifying than other killers in 8’s slasher films. Alzado also likes to throw out one-liners, a la Freddy Kruger, before and after he kills his victims. 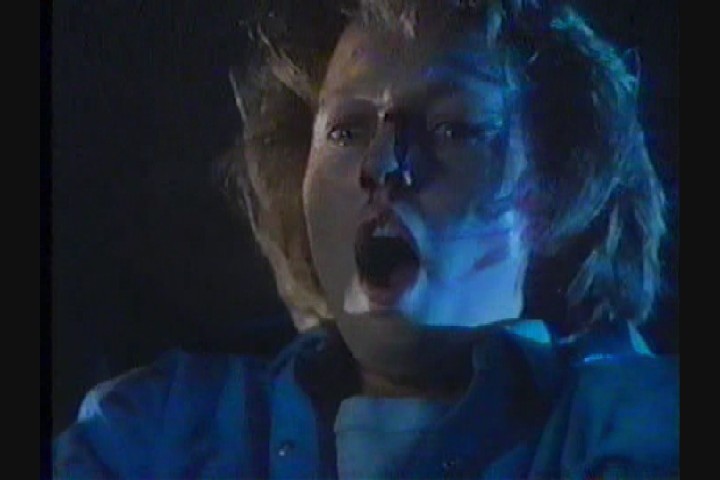 Anthony Perkins character states “Check the trades. It’s the 1980’s. Nudity is required.” But the nudity in “Destroyer” is pretty mild. You get a group shower scene for the film-within-a-film. But you do see a lot of Alzado’s oiled up pecks, so maybe that can count as a tit shots? Oh, and what a classic tagline, “3, 000 volts couldn’t kill him…it just gave him a buzz.” 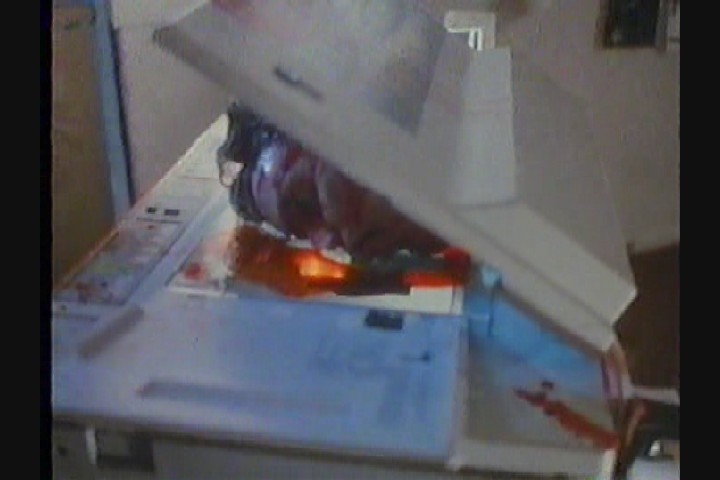 “Destroyer” features a severed head in the copying machine, a creepy janitor, a typical synth rock soundtrack, a tour of the dead, a dream opening and a dream ending, a motorcycle clothesline, and throat crushing. 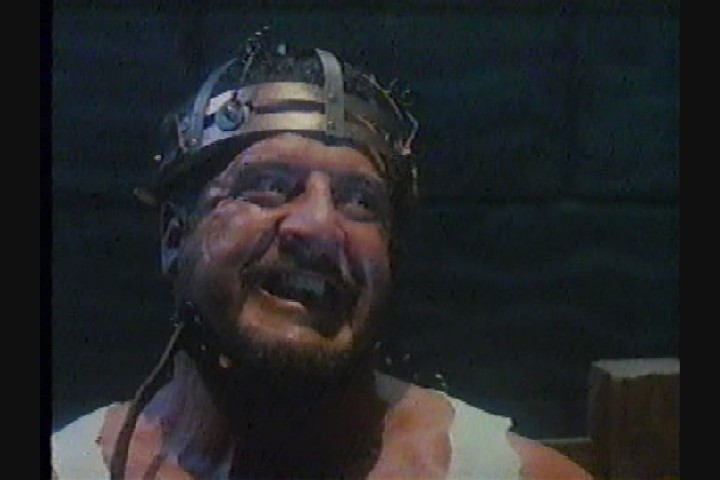