“Chill Factor” (aka “Demon Possessed”) is a cheesy demonic slasher that features a juvenile script and amateurish acting. 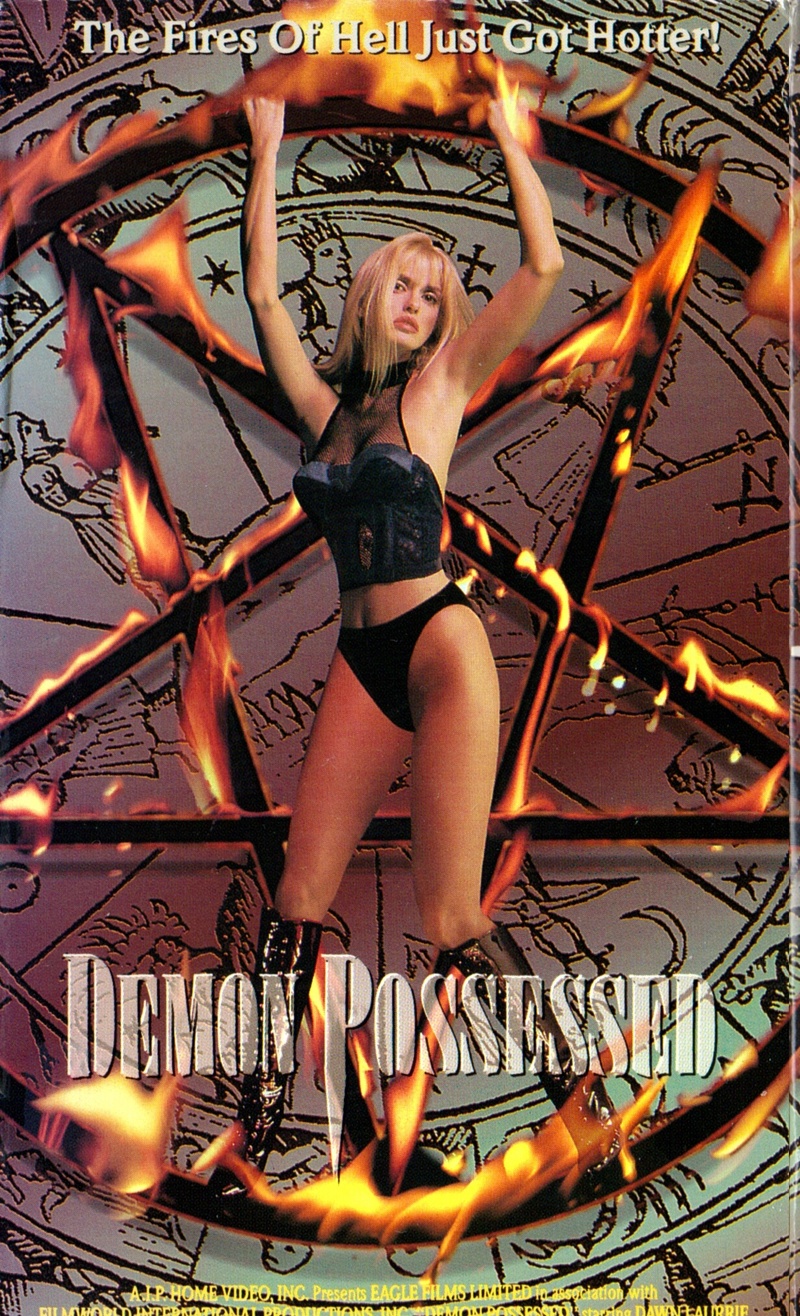 PLOT: A group of snowmobilers become trapped on a frozen lake in an abandoned cabin. What they don’t know is that the cabin was once used by a satanic cult for rituals and is now infested with demons. One by one they die. 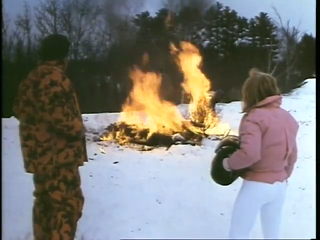 I swear “Chill Factor” was shot in the 80’s. I just don’t buy that it was shot in 1993. VHS distributor AIP is well-known for picking up shelved films (especially low-budget horror) and releasing them with new and unrelated covers. Take for example “Trapped Alive” from 1988. I’m sure this sat on the shelf somewhere after completion in the late 80’s as “Chill Factor” and then acquired by AIP and renamed as “Demon Possessed” and copyrighted for 1993. The chick on the cover isn’t in the movie as well. The film screams late 80’s…from the clothes and hair to the low-budget 80’s photography. I’d love to know when the film was actually filmed. But of course, information on these unknown low budget C-movies are very hard to come by. 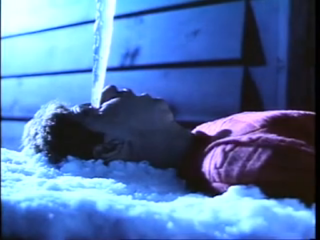 “Chill Factor” isn’t anything special. It’s your standard “demons at a cabin” movie. The gore is pretty minimal although there is a cool ice-sickle through the eyeball scene. There’s also some unsettling racial tension in the film involving rednecks and an interracial couple. The film also opens up with an uplifting and unfitting Disney-esque musical score. The film also takes place in the future of 1999. 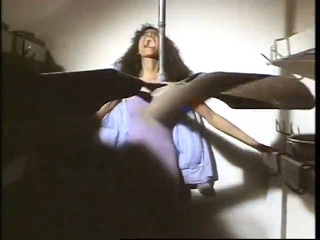 One of the more interesting bits in the film involves an incestuous brother/sister relationship. The film is straight up cheese! It’s one of those demon movies that was trying way too hard to be the new “Evil Dead”. It’s a rather obscure horror flick and I honestly never heard of it until stumbling across it on Amazon Instant Watch. It’s not a lost classic…but if you’re in the mood for some demons and cheese…it’ll do the trick. 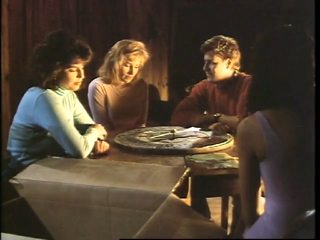 “Chill Factor” features a ridiculous narration, a convoluted ending, a decapitation by fan, drinking while snowmobiling, and the director produced “Hellraiser” and “Heathers” (???).