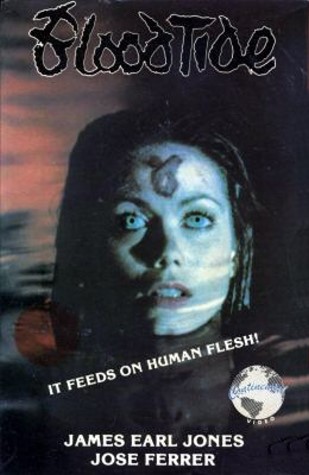 “Blood Tide” is a dull, disappointing, and lame sea monster flick that wastes an impressive cast. 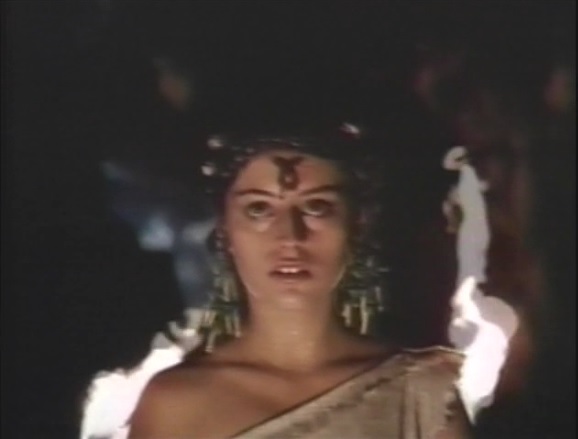 THE PLOT: An adventurer (James Earl Jones) in Greece accidently unleashes a sea creature that feeds on virgins. Soon the villagers start offering up sacrifices and the adventurer must team up with his brother in law to stop the killing. 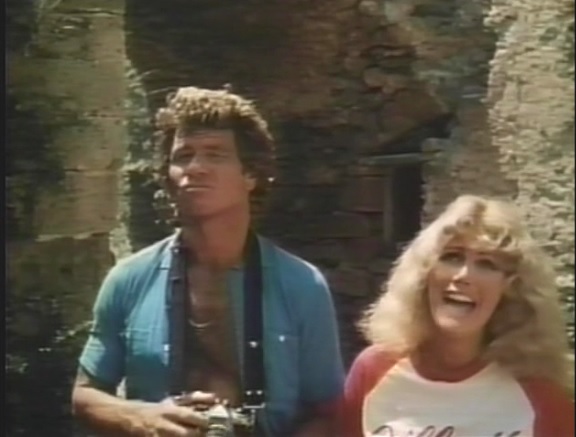 Wow…what a boring monster movie. First off, you only see the monster for 10 seconds and what little of the monster you do see is unimpressive. Secondly, there is no gore. The direction by Richard Jefferies is flat and the pace is sleep-inducing. Jefferies did however write one of my favorite horror comedies in 1992’s “The Vagrant”…so I almost forgive him for making this turd. “Blood Tide” features an underwhelming synth score and is so poorly lit that it’s almost impossible to see what’s happening underwater or at night. The film also features no nudity…but you do get some skimpy bikinis. 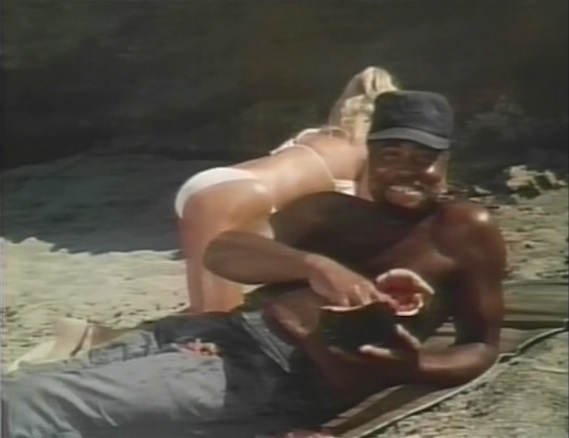 The only interesting thing about the film is the cast. You get Martin Kove (Karate Kid, Rambo II), Deborah Shelton (Body Double), and the legendary Jose Ferrer playing the mayor of the island. But it’s James Earl Jones who saves the movie from being a total waste and gives the film’s best performance. He hams it up and even sacrifices himself in the end to kill the monster! Even with James Earl Jones awesomeness, I still wouldn’t recommend this film to anyone… 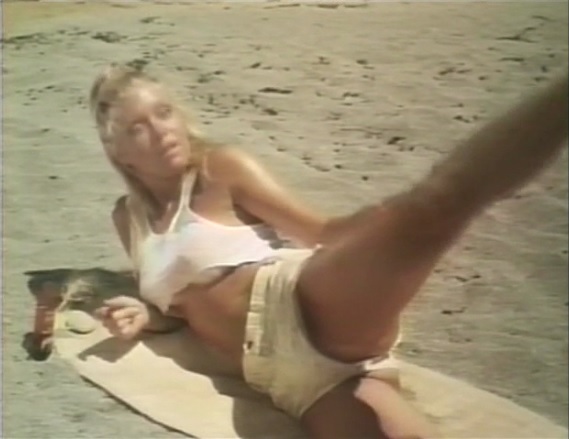 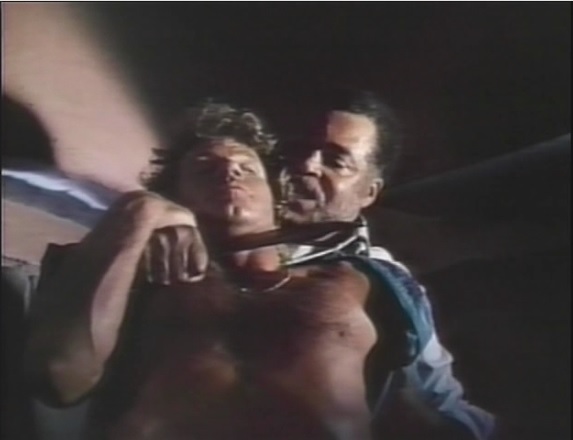