"Appointment with Fear" is a lame, forgettable, and tedious slasher offering no redeeming qualities whatsoever. 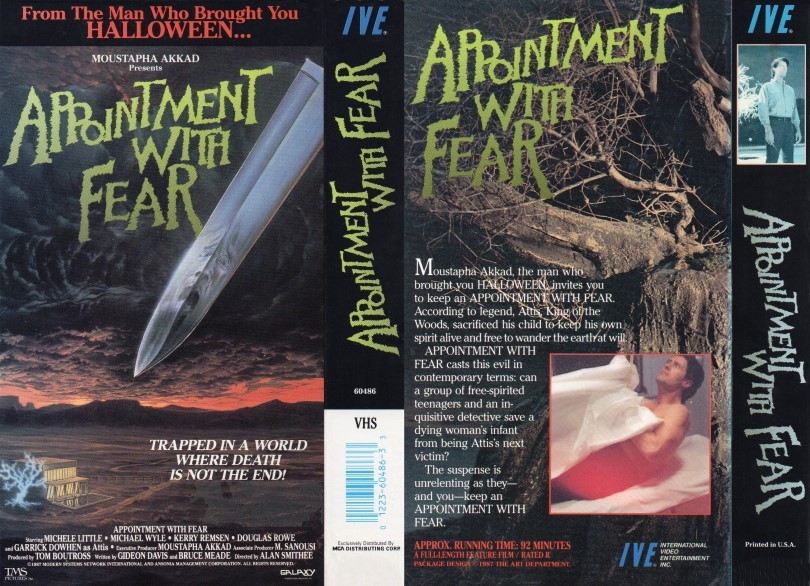 THE PLOT: A dying mother hands her baby to a teenage mime and begs her to protect her child. The murderer is none other than the baby's father who is in a coma but uses astral projection to commit the killing. The baby's father is the "King of the Woods" and will "kiss you as soon as kill you". He must kill his child to live for another year. The mime teenager takes the baby to a party at a villa in the woods. The "King of the Woods" crashes the get together and begins killing the mime's friends one by one. 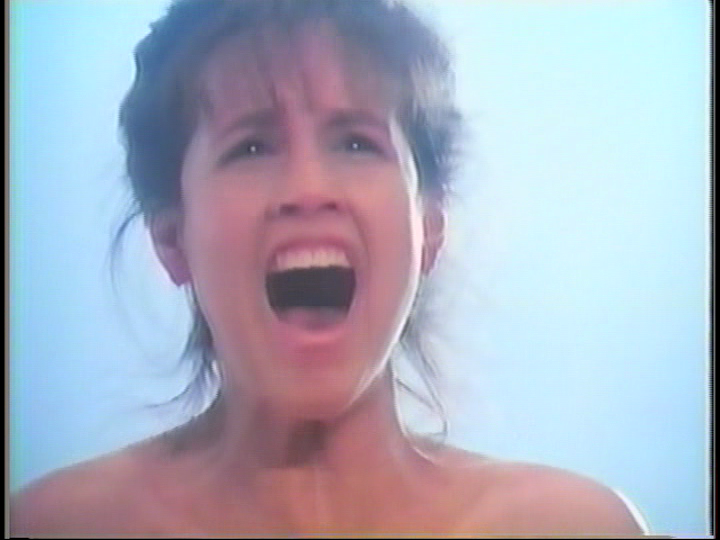 I've written some ridiculous plot synopsis for this website but I think "Appointment with Fear" takes the cake as the stupidest. It's a stinker. It's one of the worst supernatural slashers I've ever seen. The plot is an incoherent mess. It's obvious two different films have been spliced together to try and give the film some sort of story. But it fails miserably. Supposedly, producer Moustapha Akkad disliked director Ramsey Thomas' cut of the film and ordered reshoots and fired Ramsey. Ramsey chose to not be credited for the lame dud horror film. 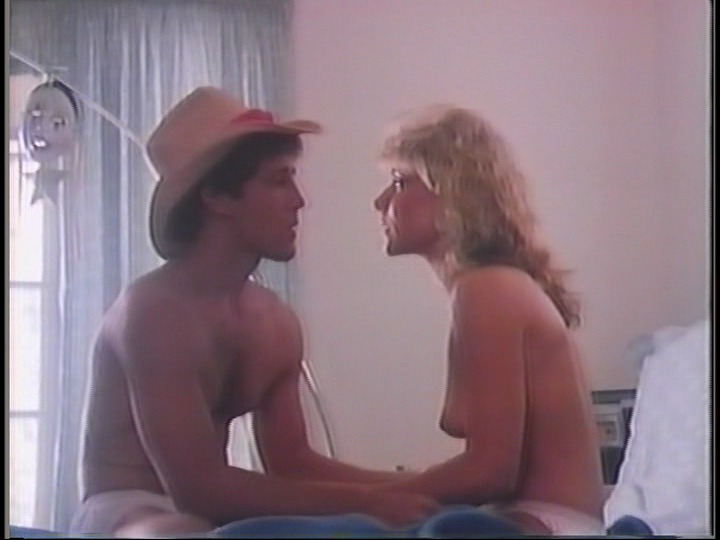 I was somewhat interested in the film for 2 reasons. The first was for Moustapha "Halloween" Akkad's involvement and the second was for the lovely Debbie Sue Vorhees (of "Friday the 13th Part V" fame). Boy, was I disappointed on both fronts. Akkad knew he had a piece of shit on his hands but only managed to heap on more shit with lame reshoots and a detective character (a la Loomis from  "Halloween"). And Debbie Sue Vorhees gets little screen time...and to add insult to injury she doesn't even get nude. The editor cuts away every time she disrobes or whenever the camera gets remotely close to seeing some skin. It's  a damn shame cause some good T&A will help any shitty movie go down the toilet better. 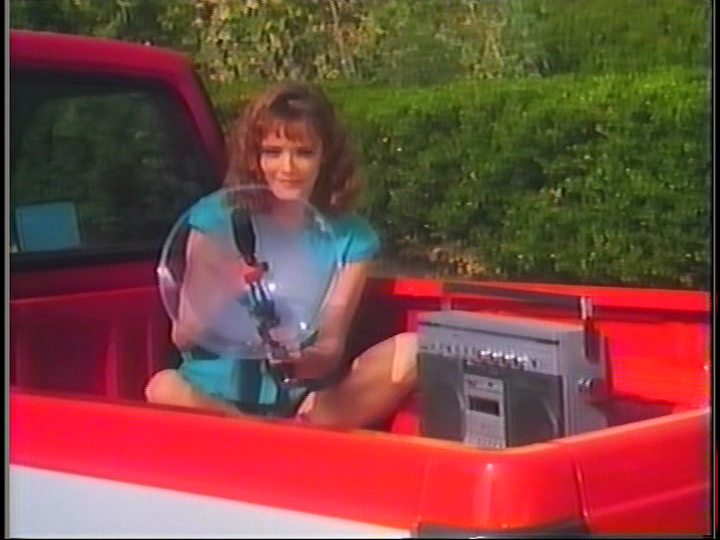 The characters are retarded. I don't mean that as insult, I mean that as in they all have some sort of mental deficiency. The acting is garbage, the soundtrack is poop, and the gore is non-existent. And what's with the dumb broad Michelle and her giant long range microphone? Why is she always creeping on people, recording private conversations and playing them back hours later in her condo? And why does she let a bum sleep in the back of her truck? And why doesn't the mime's parents even react to the fact their daughter is swaddling a baby? And why would mime keep the baby? It's all stupid and nonsensical. My brain literally started to ache watching this. And I've watched some shit! Avoid at all cost! 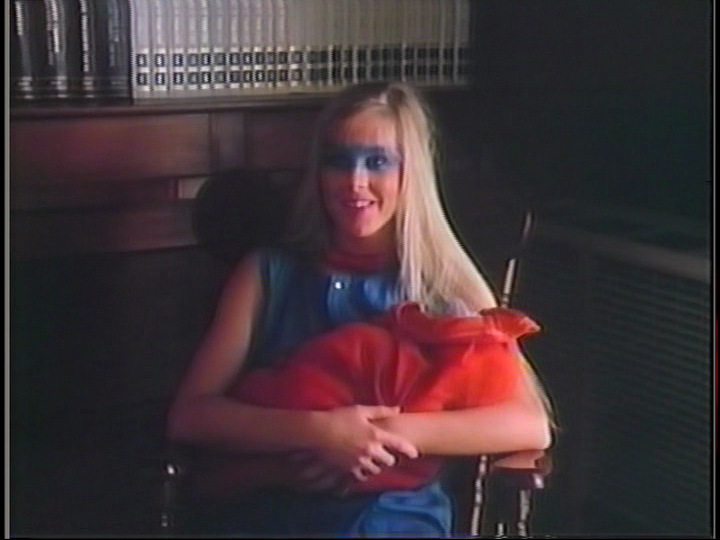 "Appointment with Fear" features strip poker, an accident in the bath in the past, a dance routine to pad out the runtime, a great VHS cover, and a dude who drives around on his motorcycle with a blow up doll. 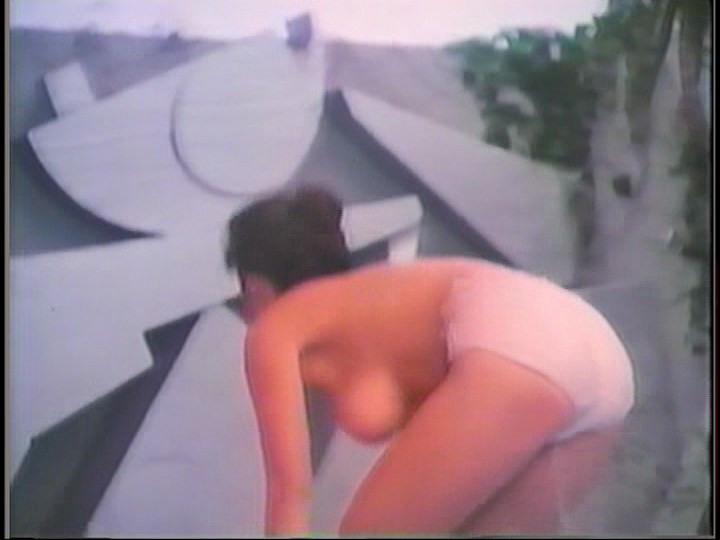 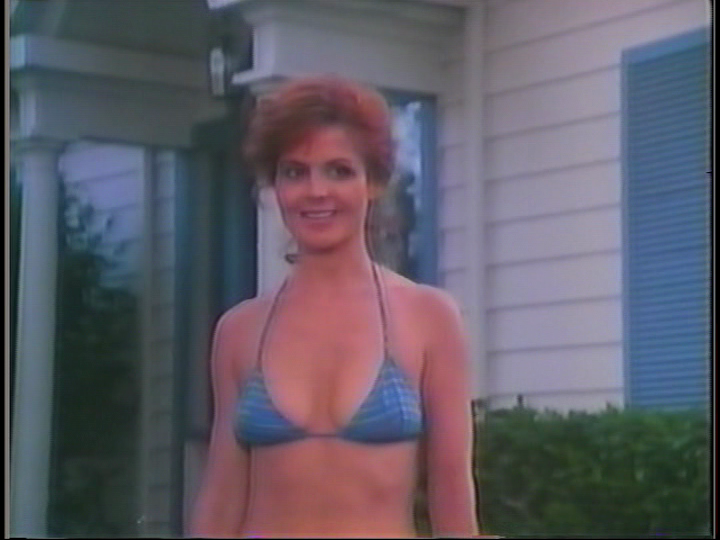