"555" is a typical SOV slasher with decent gore. 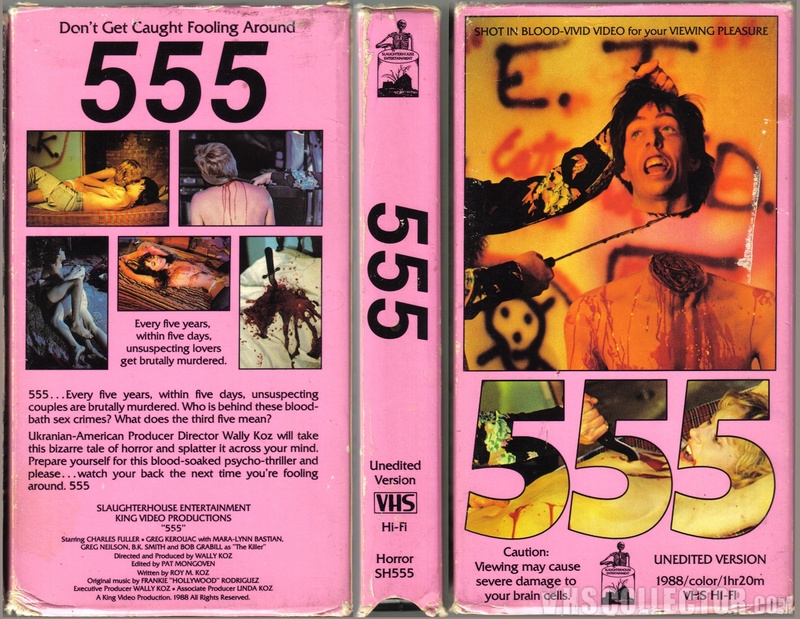 PLOT: Every 5 years, on the 5th month, for 5 days a serial killer dressed as a hippie kills teenagers having sex than rapes the female corpses. 2 cops and a reporter try to catch the killer. 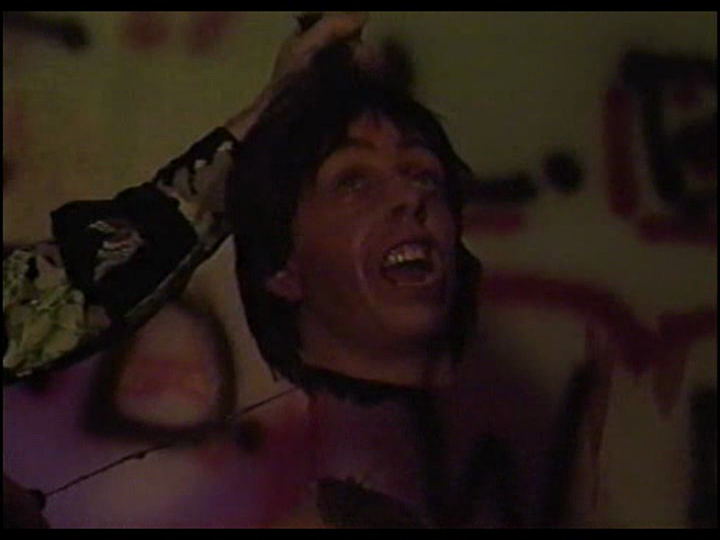 "555" has gained some notoriety over the years due to it's scarcity and over-the-top box art featuring a decapitation. It also gained some recognition thanks to it's ads in genre magazines at the time of it's release, promising a gory masterpiece. The VHS on eBay goes for over $100. But as I've learned from my viewings of rare and obscure 80's horror movies, obscurity usually doesn't lead to greatness. And "555" fits the bill. It's a generic, cheap, and humdrum slasher. I was rather excited to see this film, having heard about it for years but never tracking down a copy. I was sadly let down. 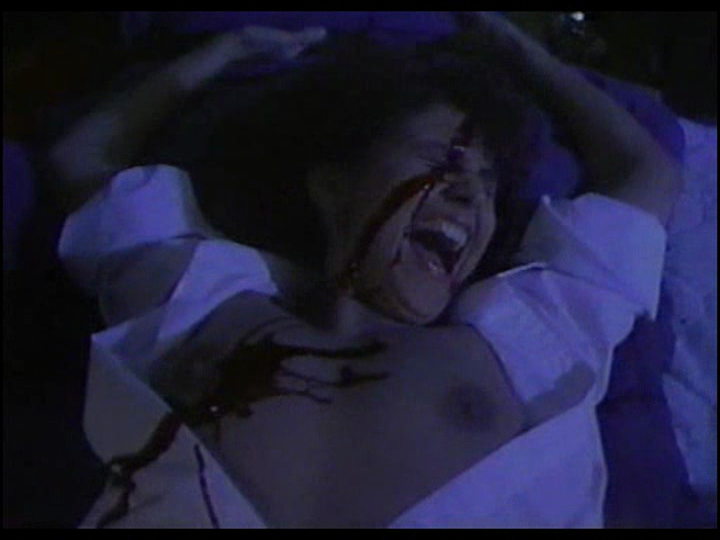 "555" features some nice (if not cheesy) gore effects. A lot of the deaths involve a topless woman having blood sprayed on her breasts as her lover is killed during intercourse. The highlight of the film is the decapitation that is so heavily showcased on the VHS and DVD cover (yes, there is a DVD out now). "555" has some of the worst "scream" dubbing I've ever heard. Every female victim gets the same dub and it never synchs up with their actual mouths. Some victims continue to scream even after their dead thanks to the terrible dubbing. 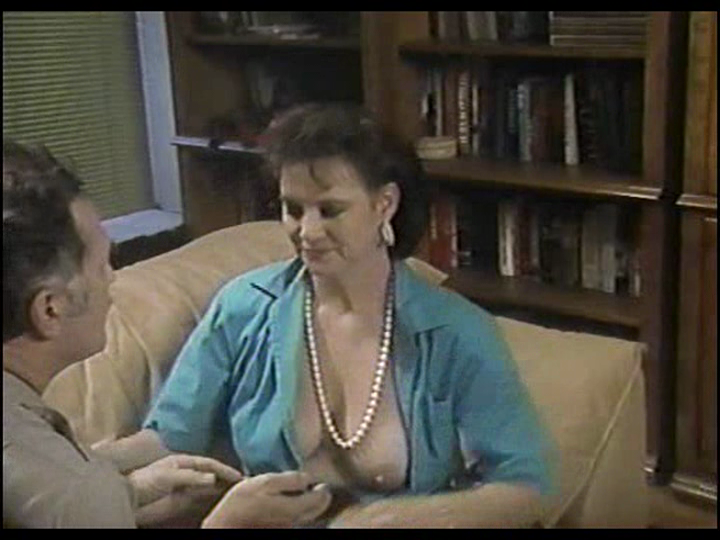 You do get some skin in "555" too...but it's got to be from the some of the most unattractive chicks in horror movie history. The acting is what some would call "enthusiastic"...but I call it over-the-top and unintentionally hilarious. The one detective seems to be constantly yelling and always pissed off. While the female news reporter lady acts as if she's some kind of sexpot throwing out lines like "Listen, you Irish cocksucker! I'm so good a lay, no man has ever got rid of me!". Even though she is clearly not attractive, way too old for 80's horror nudity, and a cock tease (see the scene where she let's the prime suspect play with her titties while interviewing him). 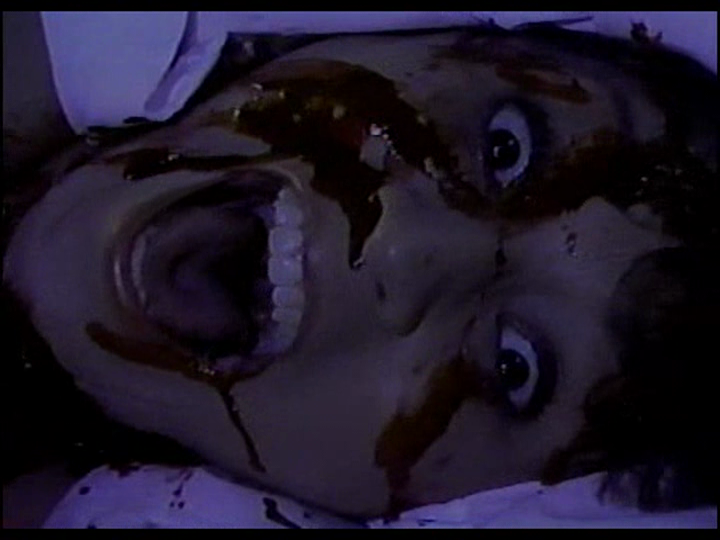 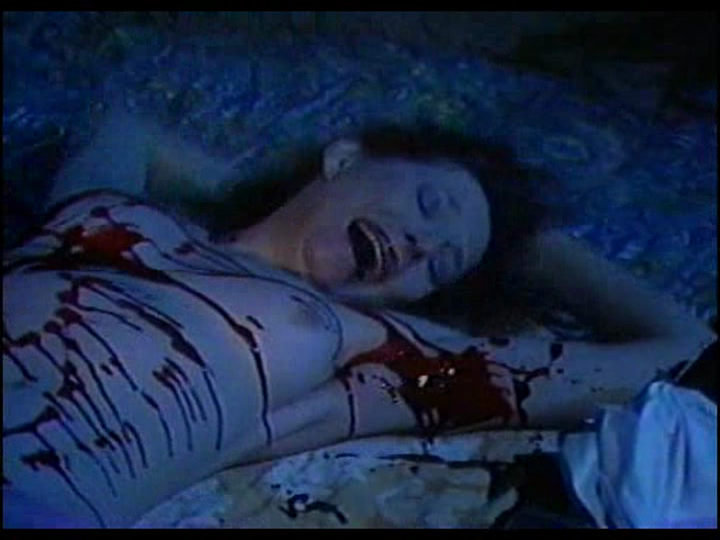 "555" is a one-time viewing experience for gore hounds. Other 80's horror fans should stay away and not buy the hype. It's better than most SOV films from the 80's...but that's not saying much. 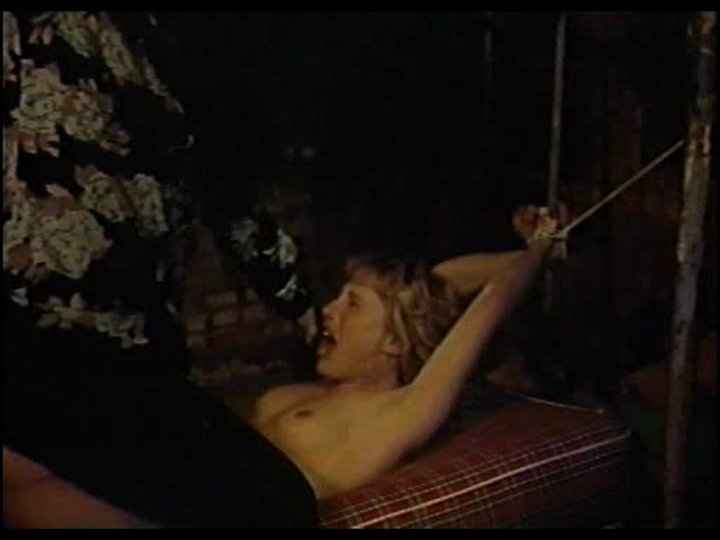 "555" features fingers being cut off, sex on the beach, a lame finale, a terrible synth score, cheesy video transitions, necrophilia, and the identity of the killer isn't too hard to guess since there's only 5 characters in the whole film.